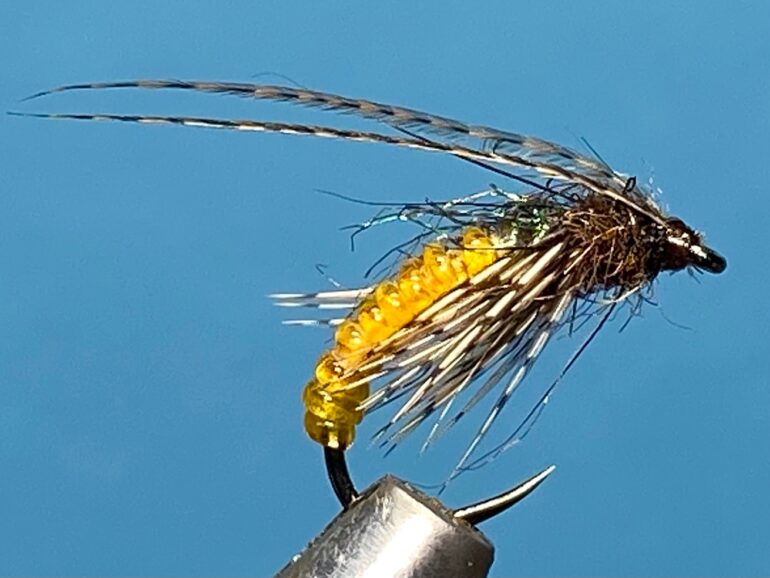 Fly of the Month by Les Lockey for July 2022

Photo 1. Firmly secure the hook in the vice and starting opposite the hook point, wind on a bed of copper wire to part way round the bend and break off the excess wire. Form a tapered wire underbody by winding on 3 or 4 layers of copper wire, each layer being slightly shorter than the one before and when complete, break off the wire at the start point. To avoid any slippage, lightly coat the wire underbody with superglue and allow to dry thoroughly before continuing.

Photo 3.  Take a 4 inch length of elastic cord and cut one end to a shallow angled point. Using well waxed thread, securely tie down the point in front of the copper wire and once secure, stretch the cord rearwards and bind it down with tight thread turns, then return the thread to the thorax.

Photo 4. Keeping the elastic cord under tension, wind it tightly up the shank and tie it down securely at the thorax with well waxed thread. Cut off the excess cord at a shallow angle and tidy the area with thread.

Photo 6. Cut out the tip of a brown partridge feather to form a V shape. Remove all the basal fibres from the stem leaving about 10 fibres on each side of the stem. Angle the V down either side of the shank so the fibres sit equally along each side of the abdomen and are about the same length as the hook, then secure the feather in position with a few thread turns and remove the waste feather, leaving he thread at the head.

Photo 7. Dub some SLF squirrel dub onto the thread and wind on a tapered thorax, returning the thread to the eye. Use Velcro to lightly brush out some fibres from the sides of the thorax, taking care not to catch the tying thread, then with your fingers, massage the fibres rearwards ensuring any fibres pointing forward of the eye are stroked back and held in position with a few turns of thread.

Photo 8. Align the tips of 2 bronze mallard fibres and tie them in pointing rearward and about twice the length of the hook, then remove the waste ends. 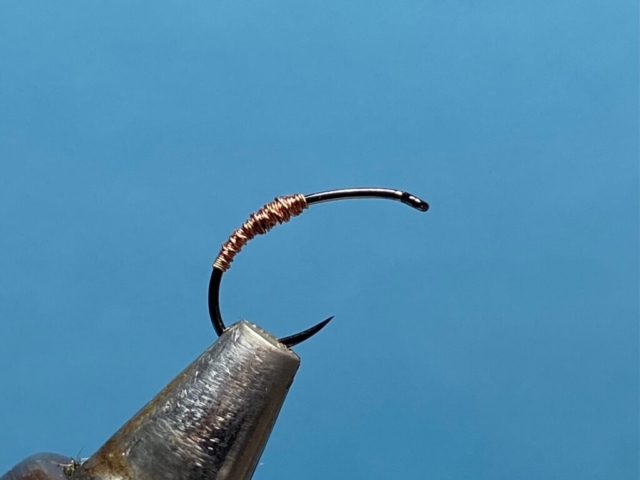 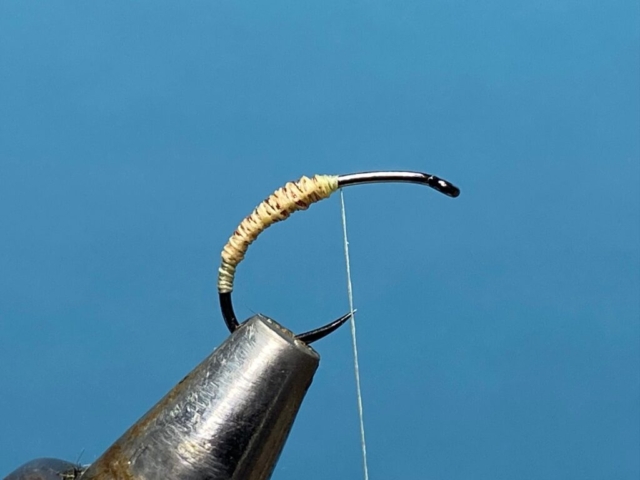 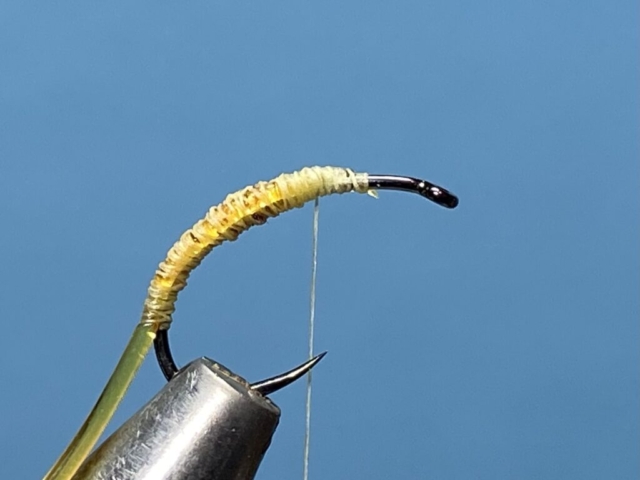 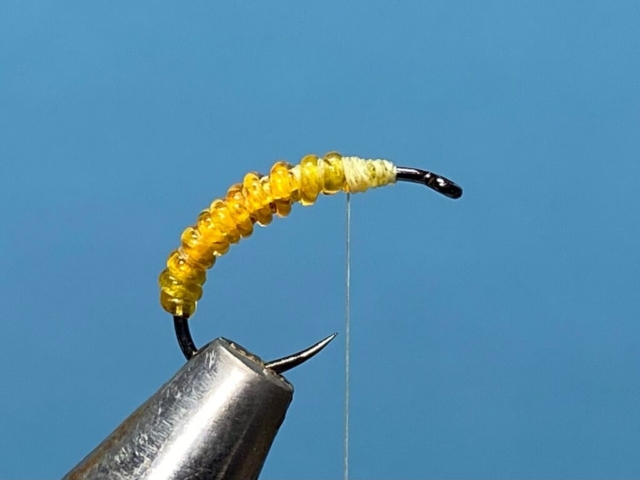 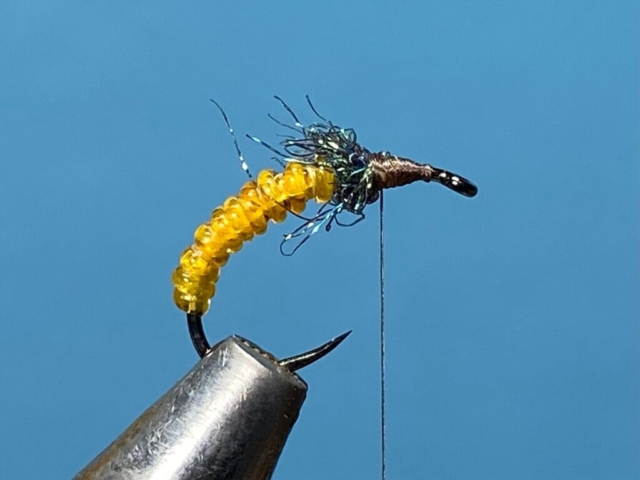 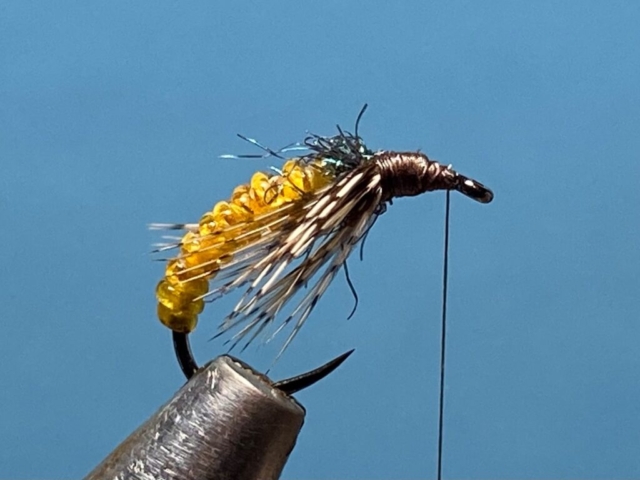 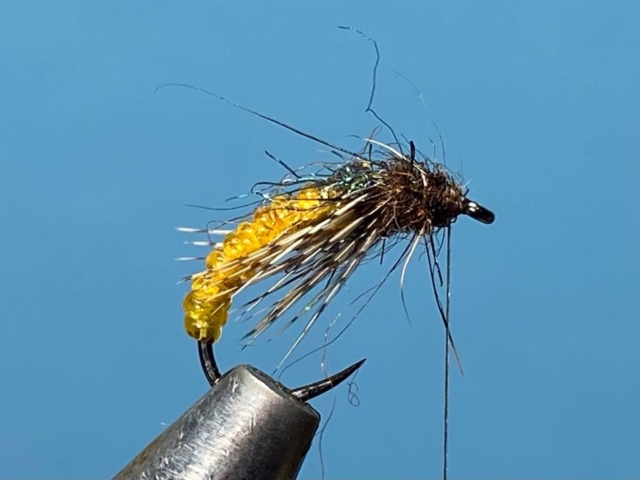 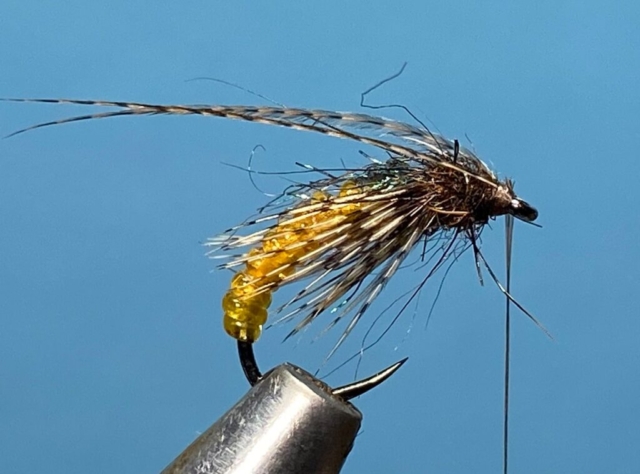 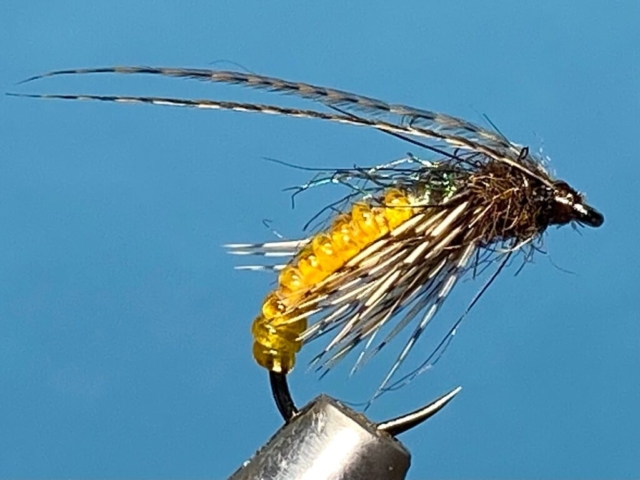