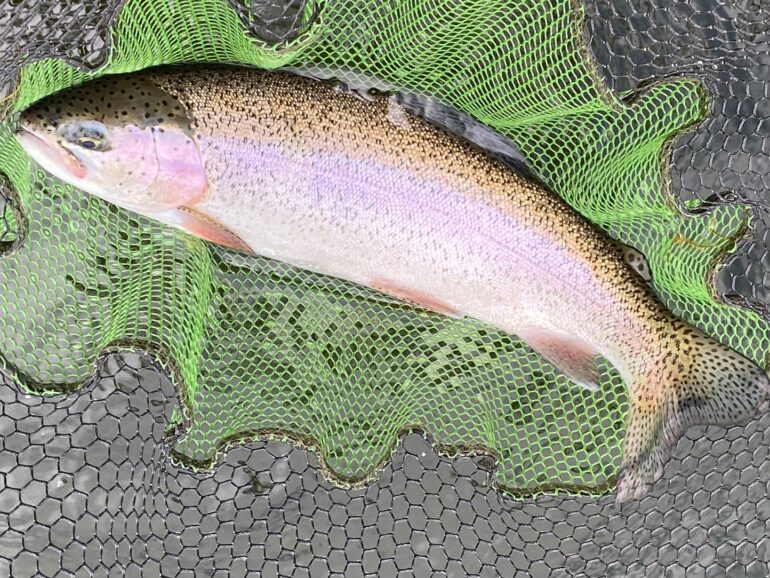 Hot, bright and predominantly sunny conditions have made catching a little tricky over the last fortnight. That said, some people have been able to unlock the secret and have caught well. Evening fishing has been good pre the caenis hatches. Most of the catching has been done using floating lines fished with a team of dry flies. Orange foam daddy has been the pick of the bunch in the evenings whilst black foam suspender buzzers have worked best during the day.

Despite the obvious weed growth at the top end of the loch, fishing here remained good when sticking to the dries. It would seem that there is a good number of fish holding up there and it is still possible to fish amongst the weeds for those that are willing to take a chance. Weed cutting is now in process as and when we have the right wind conditions. Cutting the weed is always a trade-off between clearing certain areas of the loch whilst leaving enough weed to support the natural eco system, and causing a disturbance to the water which at this time of the year can result in an algal bloom. Let’s hope not, as the water remains crystal clear and perfect for the fish.

People are reporting catching very good quality, hard fighting fish and quite pleasingly, there have been a good number of brownies caught over the last two weeks. Despite being stocked, blues are less obvious in the returns book.

The week started off with strong south easterly winds which was ideal for Gareth to get the weed cutting boat out and begin the annual onerous task of making parts of the loch fishable once again, however the wind was much less agreeable for fishing, particularly, if like me, you were intent on fishing dries.  Undaunted, I tried to anchor in areas of the loch where the wind was less severe and allowed my dries a reasonable time on the water before being swamped by the waves, which worked to a degree, but even well siliconized black cdc and yellow owl shuttlecocks eventually succumbed to the force of the waves, but not before bringing a number of quality fish to the net. To counter the action of the waves on my small dries, I resorted to a flat foam daddy which proved to be a bit of serendipity as it instantly produced results that had implications for later in the week. When the action to the dries stopped, I reluctantly reverted to a long midge tip line and a small fry imitation fished close to the lilies in boathouse bay (given the lack of a boathouse, should the bay be renamed?) and rather unusually for the loch, particularly when fished quite fast, it brought several more fish to the net.

Later in the week when the wind eased, it was possible to drift the Narrows and the North end of the loch where lots of fish moved, although there was very little in the way of fly life to encourage a sustained rise, but there were large shoals of pin fry in and around the weed beds and I’m sure several powerful surges seen over the two days were caused by sizeable trout chasing the fry. Information gleaned from the previous evening suggested tan foam daddies were working well, so to give the fish an option, I put a black flat foam daddy on the point and a conventional tan foam daddy on the dropper and this combination was so successful it remained on my cast for the last two days. I found lots of fish in quiet water near the margins and if I could cast in front of a rising fish, it inevitably took the static black flat daddy, but interestingly, if the cast was rejected, a brisk retrieve would often result in a solid take to the tan foam daddy on the dropper. The downside of this tactic, caused in no small part to my addiction to my beloved 5 weight rod, was that I could not exert enough control to prevent what seemed to be solid hook ups often coming adrift in play, or the fish would head for the weed and the hook hold was lost. That said on Thursday 30th June, I landed 20 fish and lost numerous others and the same rod, line and flies combo on Friday 1st July landed 7 and lost another 7 before midday when a strange combination of heavy rain, thunder and flat calm made me decide to call it a day. My tally for the 5 ½ days was 70 fish with an average of just over 12.5 fish per day. Les Lockey 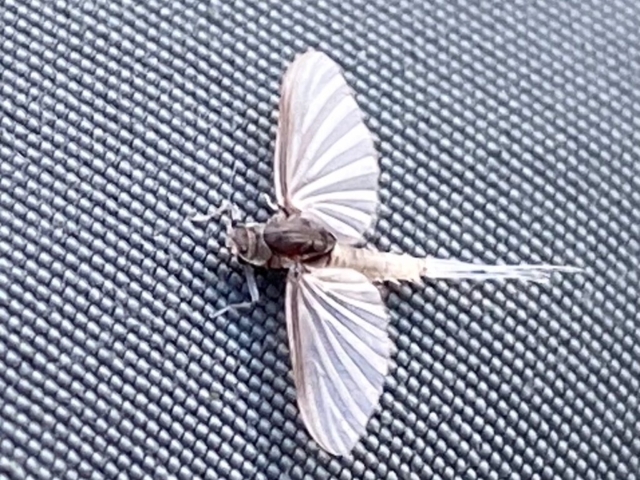 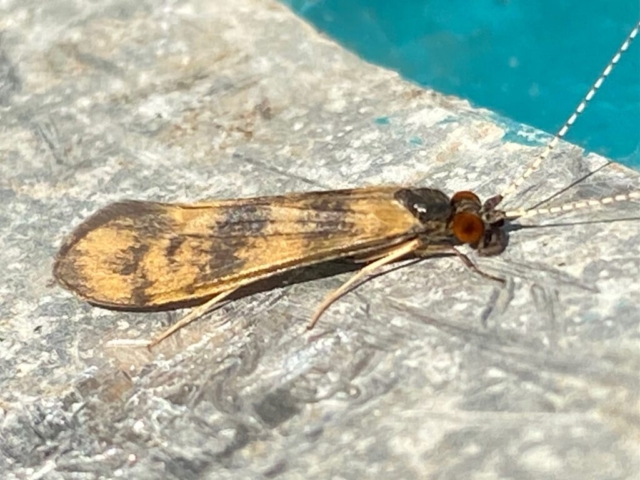 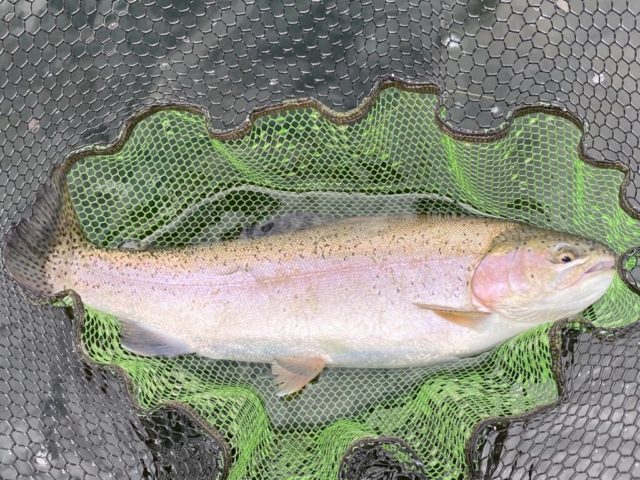 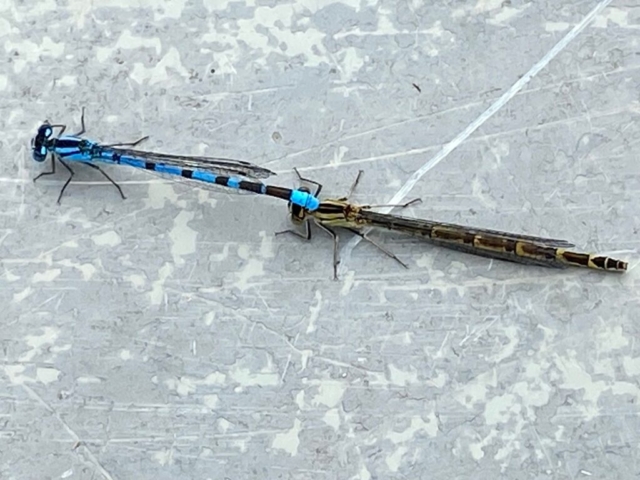 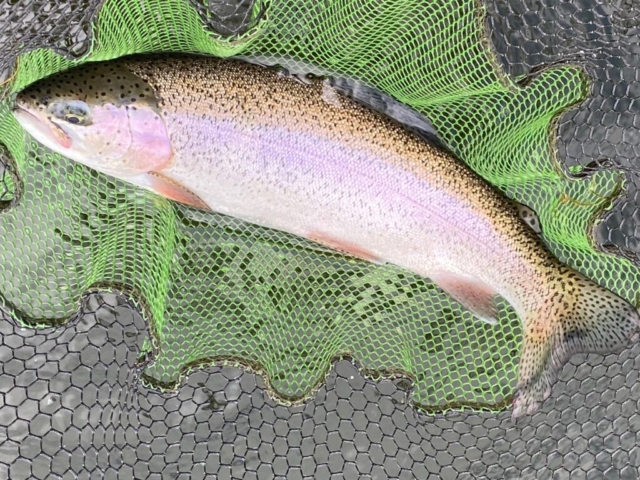 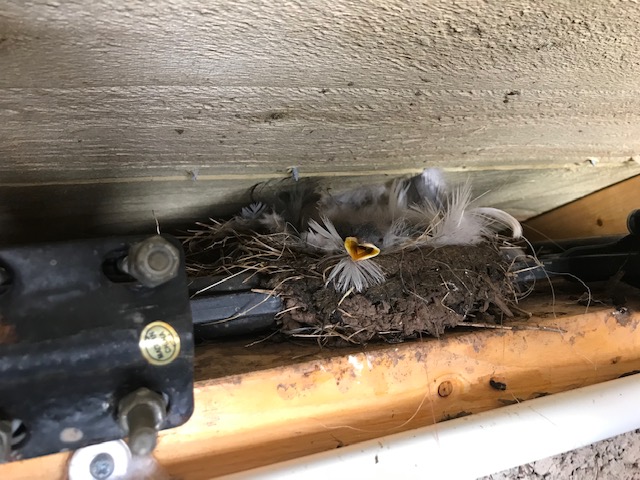