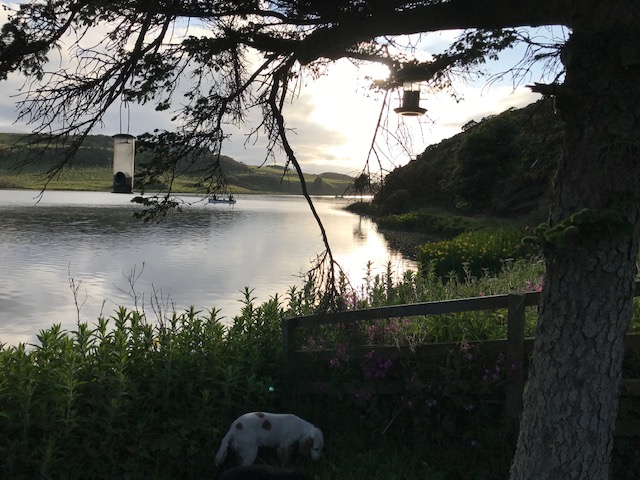 Before we report on the last period regarding the fishing here at Coldingham, we have some very sad news to bring regarding the passing of two people that many of you will have known.

We were very saddened to hear that our friend and neighbour, Tina Wise passed away peacefully on Friday 10th June. As many of you will know, Tina and Ted were at the helm of Westloch/Coldingham Loch for many years and then moved across to Whinney Loch in 2000. Along with Tina’s sister Margaret they served the fly fishing community for many a year, earning an justifiable reputation for providing fantastic fly fishing and very special holidays to huge numbers of people over the years. Tina was much loved and respected by many people in the local community and beyond and will be sorely by us all. Since we arrived here in September 2011, Tina, Ted and Margaret have been extremely supportive to us and over the years we have formed a solid friendship. We will miss not seeing Tina out walking the dogs or sharing an occasional cuppa with her and benefiting from her vast experience of running a fishery.  Ted has often told us that Tina was the driving force behind the fishery and without her work, which was often un-noticed and in the background, none of what they achieved over the years would have been possible.

We were also shocked and saddened to hear that Pete Hill passed away suddenly on Saturday 11th June. Pete fished the loch for many years and started fishing it during Ted and Tina’s time with Graham Lilley and Pete Davies. Graham died around the time we came to Coldingham and Pete Hill was then joined on the bank by good friend Pete Dann. Saturdays would often see the ‘Three Pete’s’ casting along the bank together. Sadly, Pete was unable to fish in the last few years and we missed seeing him here enjoying his fishing and having a chat and banter over coffee, which was often about his other interests of pigeon racing and cars.

Both Tina and Pete were real stalwarts of the local fishing community for many years and I know that all of you reading this will, like us be thinking of Ted and Margaret and of Liz in these very sad times.

It was a very windy day for the bank competition and it was fair to say that all anglers were glad of it being only 6 hours! An enjoyable day and everyone caught at least one fish. Thanks once again to Mike Wilson who generously double the prize fund for fishing vouchers for Fishers of Penicuik. The prizes went to three places as follows:

There was a tie for third place between Pete Dann and Robbie Bell having both caught the same number of fish over 3 sessions but Pete pipped Robbie to the post as he caught his first fish earlier than Robbie.

Thanks to all those who took part and we look forward to getting our board for the fishing lodge which is in the process of being made. This will have the winner of each year written in so we hope that more members will have a go at this competition next year…maybe to see their name written under Bill’s.

Thanks to Zander Kennie & Colin Macualay for sending in their fishing reports:

Zander Kennie 7th June: Here is a couple of photos from yesterday.  In the first photo the fish was about 4lb, the best fish of the day.  Another fish was about 3lb. They were all fully finned powerhouses.

A difficult and frustrating day but a lot fun was had watching  bow waves chasing the muddlers then turning away at the last minute.

The fishing hut and Loch looking amazing with all Gareth and Carmel’s hard work, which is very much appreciated.

01/06: I fished a couple of hours after a competition had taken place at the loch. I gathered that many had struggled and I did too. Strong winds made casting tricky and few rising fish could be seen. I eventually got into a fish that took an F fly but it threw the hook so I ended with a blank.

09/06: Weather was mild with the wind blowing from the south-west quite steadily all day. Buzzers were hatching at the southern end, though not in great numbers. Fished 11am-4pm and landed 6 rainbows and a lovely brownie of about one-and-three-quarters, all on suspender buzzer type patterns. All safely returned. 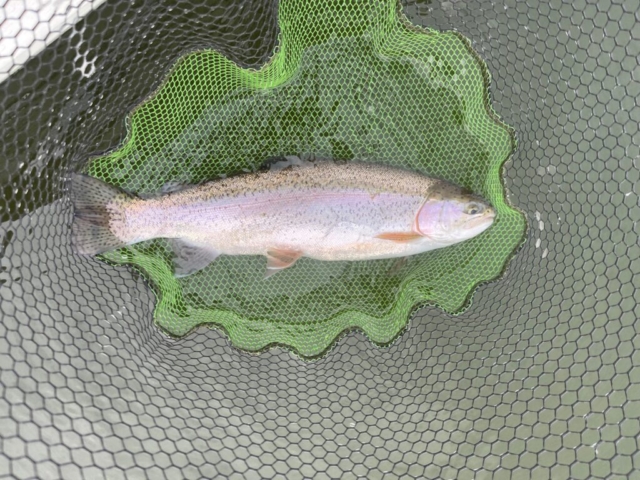 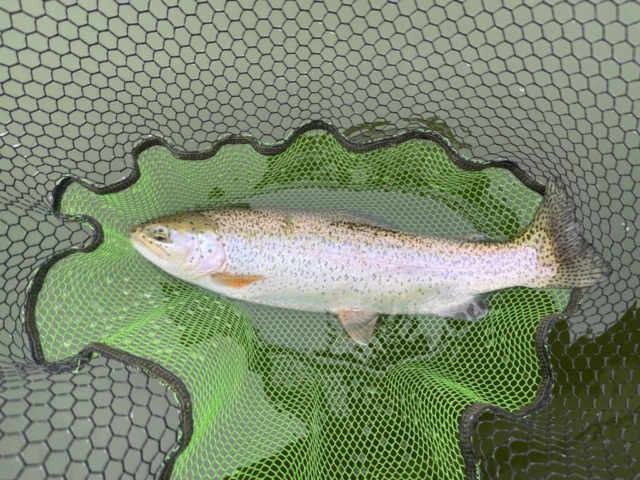 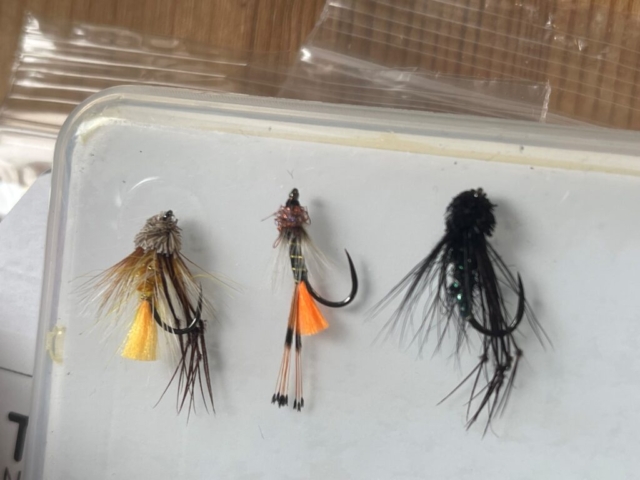 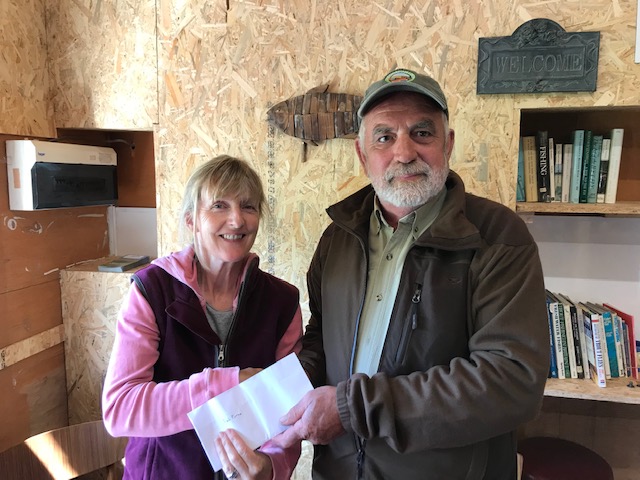 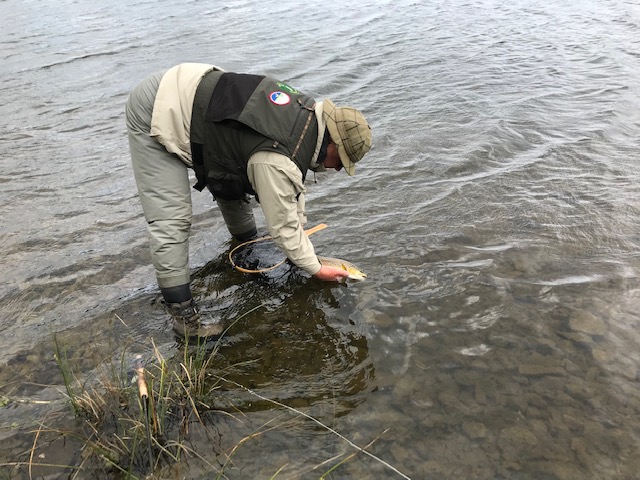 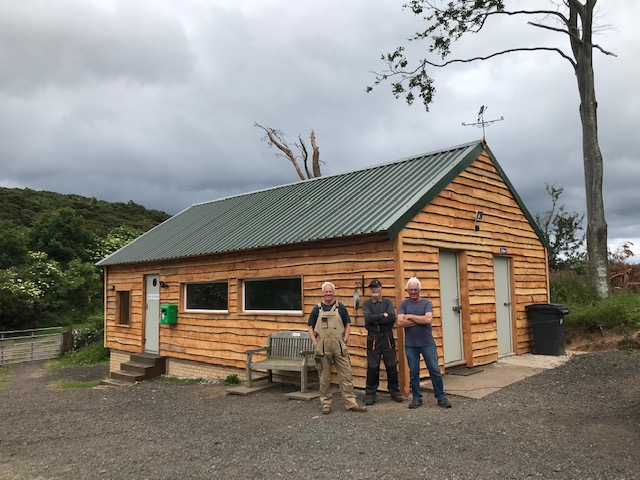 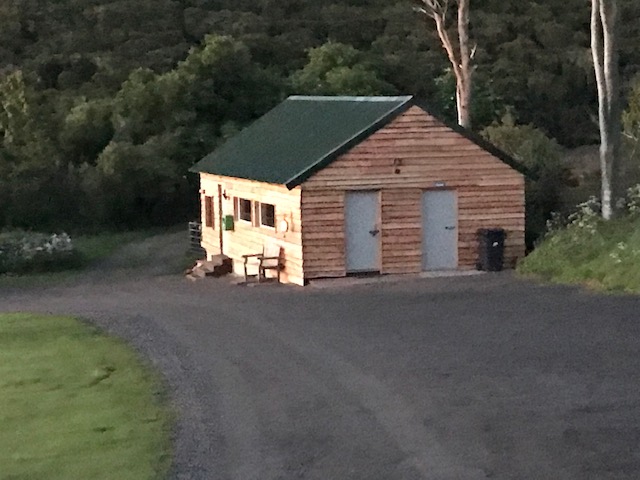 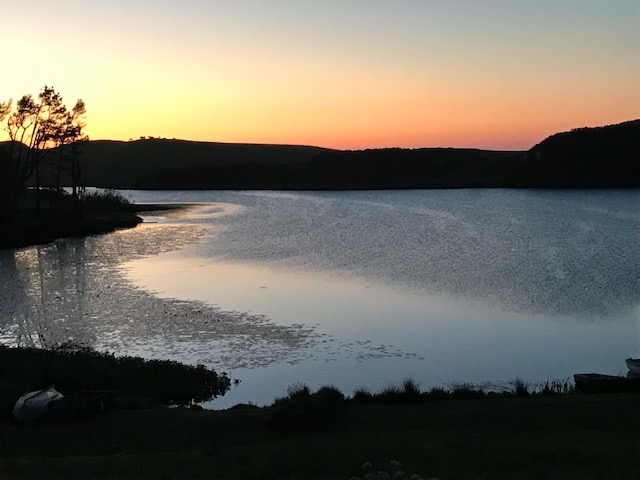 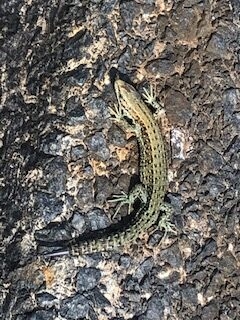