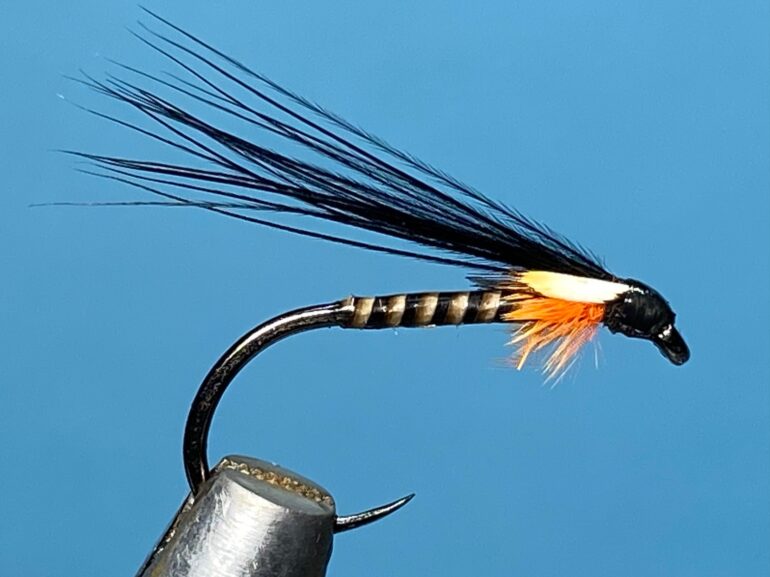 Fly of the Month – June by Les Lockey

Body: Black thread as above.

Photo 1. Start the thread at the hook eye and lay down an even bed of thread to just past the hook point then remove the waste thread.

Photo 2. Tie in the peacock quill and bind it down with touching thread turns to the thorax position and remove the waste quill.

Photo 3. In slightly open turns, wind the quill over the thread body and tie it down at the thorax. Remove the excess quill and lightly coat the whole body with UV resin then cure with a torch.

Photo 4. Take 4 or 5 strands of orange marabou and tie them in by their tips. Add a tiny drop of superglue to the thread bindings and carefully wind the marabou fibres in close touching turns over the glue. Secure with thread at the head, remove the waste marabou and tidy the area with thread.

Photo 5. From the tip of a marabou plume, align the ends of a small bunch of fine marabou fibres and tie them in as a wing. Remove the waste fibres and tidy the head.

Photo 6. Tie in a split jungle cock nail equally on each side of the wing and remove the excess feather.

Photo 7. Form a neat head, whip finish and remove the thread. Varnish the head to complete the fly. 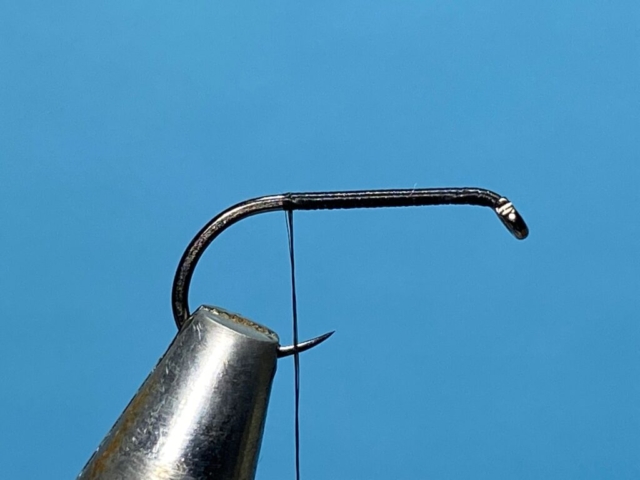 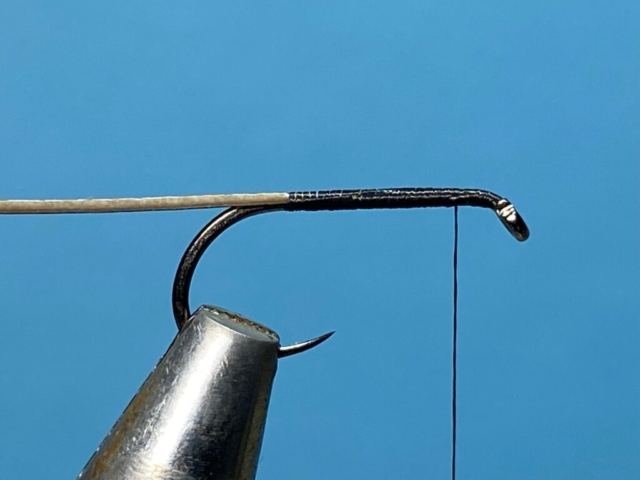 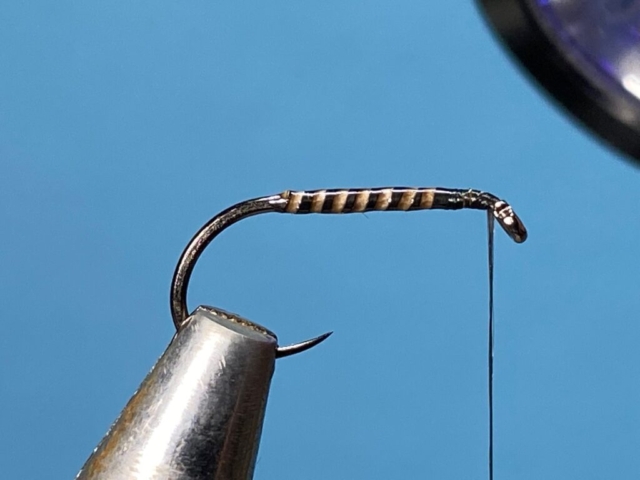 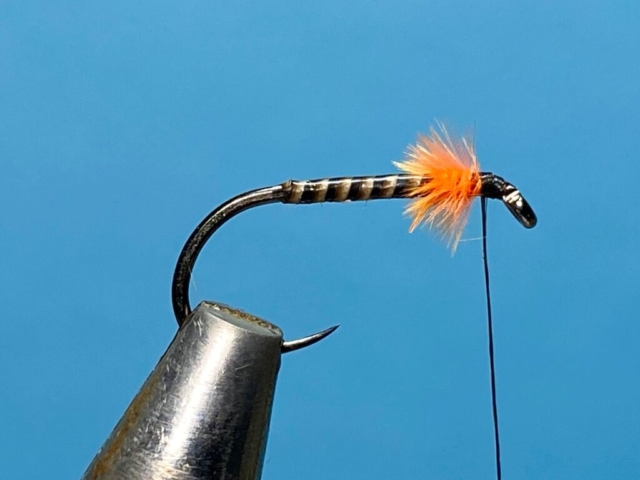 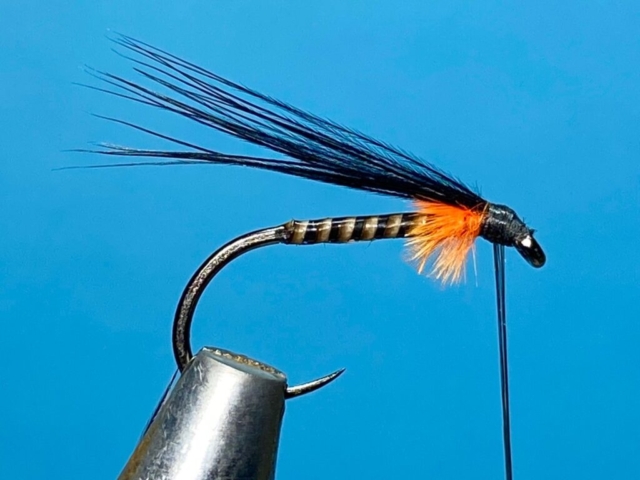 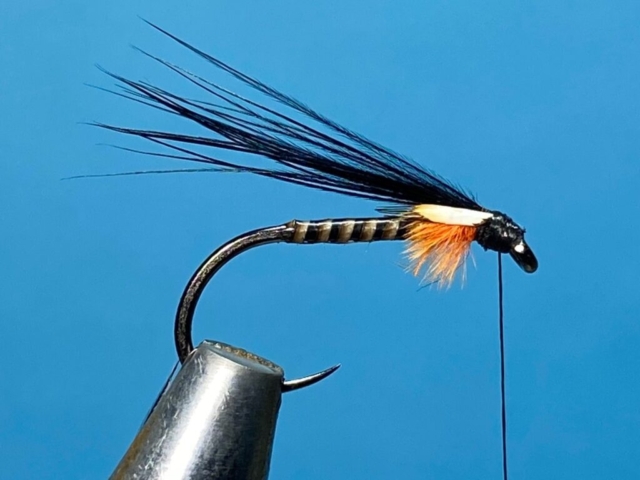 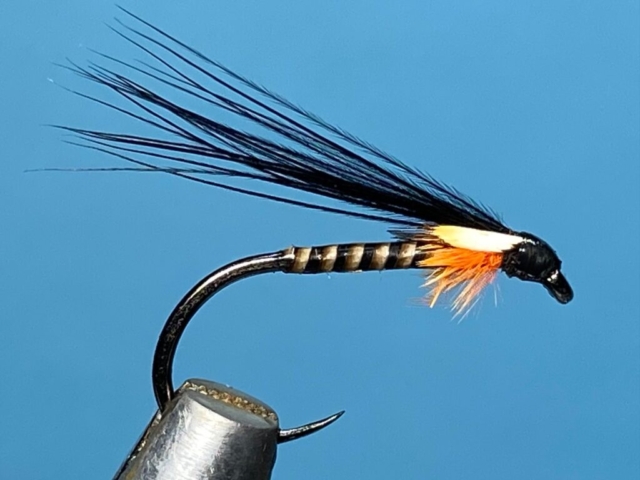 When fishing at anchor, I like to fish this Cormorant on the dropper with a weighted nymph on the point and retrieved using a slow figure of eight retrieve. It can also be effective when used in conjunction with diawl bachs, pheasant tails and crunchers when straight line nymphing.