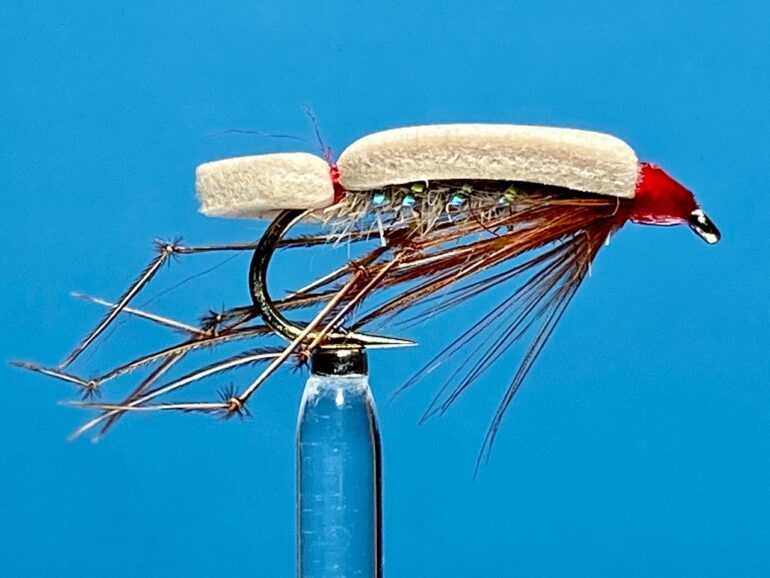 A Fly to Tie and Try for September by Les Lockey

Fly of the Month – September

Photo 1. Starting at the eye, wind the thread in touching turns to opposite the barb and remove the excess thread. Cut a piece of 2mm. thick tan foam into a strip 4mm. wide and trim one end to a “V” shape.

Photo 3. Tie in a length of fine pearl tinsel, and bind it down until directly in front of the foam.

Photo 3. Lightly dub some hare’s body fur onto the thread and wind it up the shank to form a slim body, stopping about 2 mm. from the eye.

Photo 4. Wind the tinsel rib in open spirals over the fur body, secure with thread and remove the excess tinsel.

Photo 5. Tie in 3 knotted cock pheasant tail fibres either side of the shank so the tips extend a short distance past the end of the foam tail. Remove the waste fibre stubs and tidy the area with a few wraps of thread.

Photo 6. Tie in the hackle by its tip and wind on no more than two turns, then secure with thread and remove the excess feather.

Photo 7. Bring the foam strip forward over the top of the dressing and under slight tension, carefully tie it down behind the eye finishing off with a couple of locking turns under the foam.

Photo 8. Carefully trim away the excess foam as close to the eye as possible, form a neat head, whip finish, and cut off the thread. Varnish the head to complete the fly. 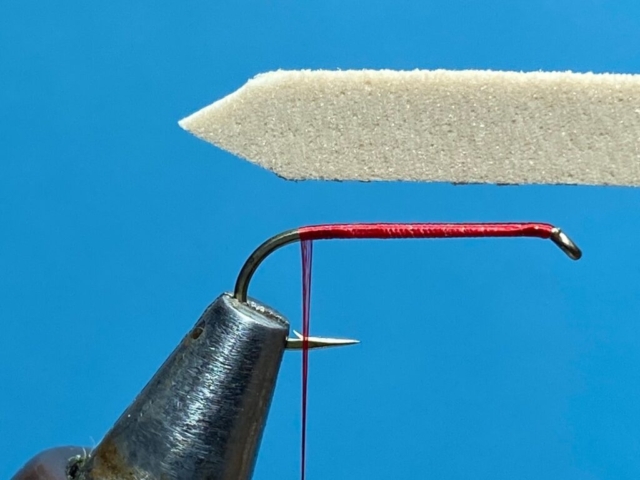 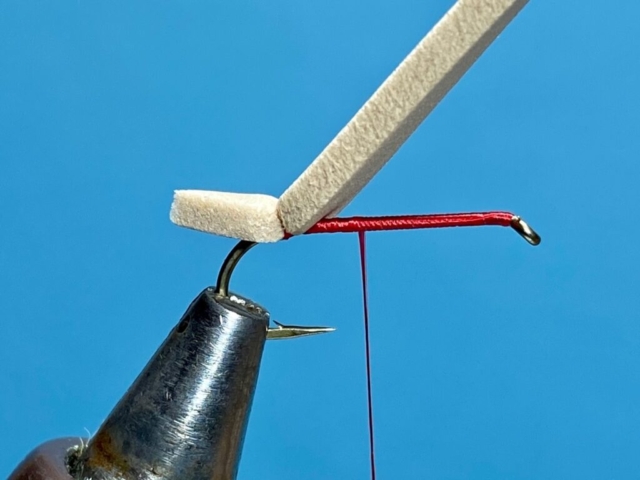 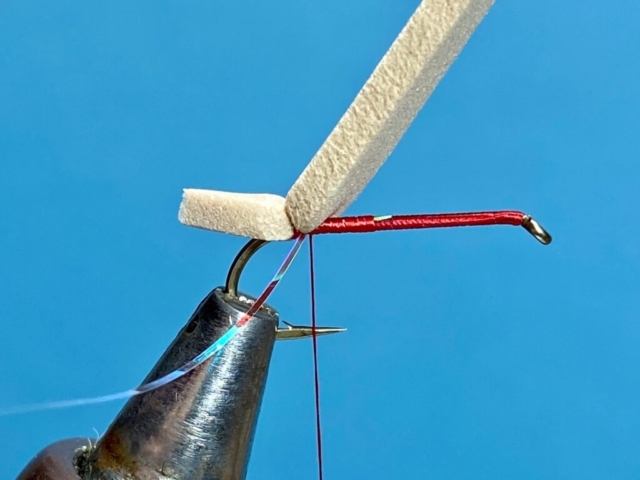 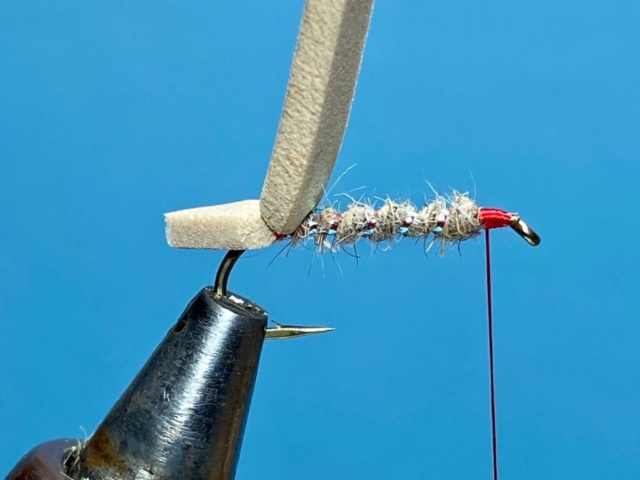 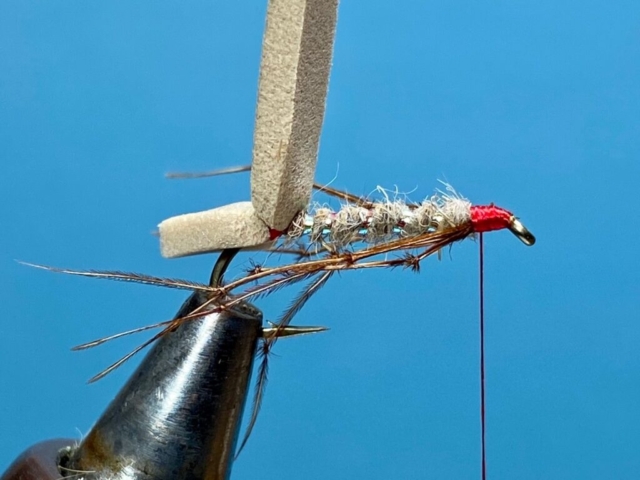 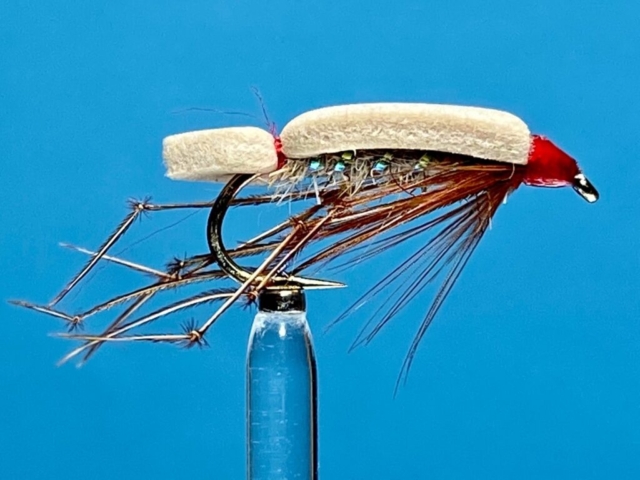