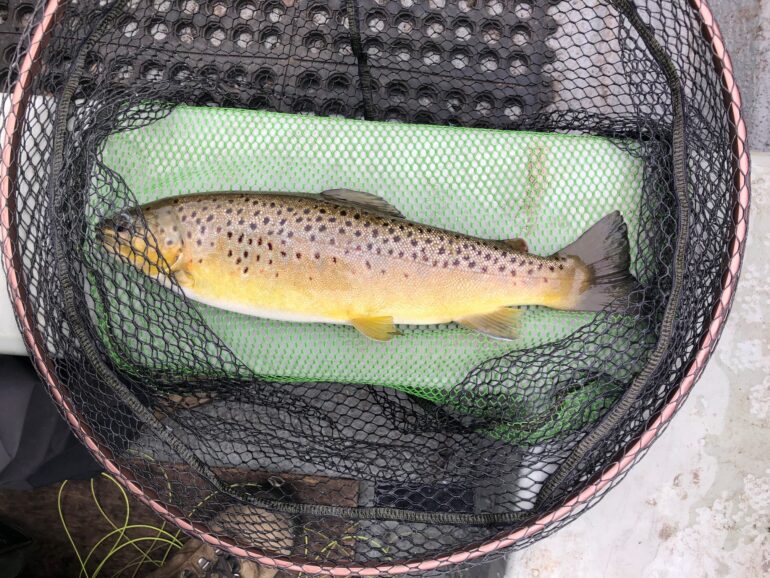 The cold nights still persist, and from a selfish point of view this is good news for the loch. Conditions remain just about perfect with water temperatures fluctuating between 10 – 14 degrees C and water clarity is still superb.

Today (Sunday) is overcast, with light winds which is in contrast to yesterday when bright sunshine dominated the day and made catching, that little bit trickier for the two clubs that were here. That said the rod average yesterday, which was a club day, was still 4 and bank and boat fished evenly.

As a general rule over the last fortnight, dries seem to have worked best during the morning and evening sessions (yellow owl, shipman’s buzzer, corrie killers, Griffiths gnat) with afternoons requiring something a bit more industrial i.e. black and green lures, pulled relatively quickly through the top two – three feet of water.

Insect life is now in full swing, and yesterday we saw a vast number of hawthorn flies concentrated along the south shore of the loch. Good news for the dry fly aficionados amongst you, but as we know, they won’t be here for long so make the most of it while you can.

Daily morning and evening rises have been quite spectacular at times which is always good to see but as the people who have fished here over the past two weeks will testify, seeing the fish does not always mean that they are any easier to catch!

With the prospect of even more cold days to come during this next week who knows what the fish are going to respond to? Suffice to say that they remain in peak condition and are scrapping extremely well so please don’t underestimate the strength of leader that you need to be using. Fishing light can be attractive and useful but at the same time we all need to be sensitive towards the fish.

We have welcomed some holiday guests back to the loch over the last fortnight now that some restrictions are beginning to ease and some of these guests have been out enjoying the fishing despite the cool temperatures. See photo attached of one of our recent holiday guests, Steve Narborough – proud grand father with his two grand-daughters who each managed to land a trout – for Morag it was her first ever trout and for Isla her first ever rainbow trout, happy memories for future family albums!

Well it seems to be going well.

I would say there seems to be a slightly easier atmosphere around the place.

Members seem to be coming and going with a touch less sense of urgency and not the same 9 to 5 mode.

Recently I have had a couple of CLFF Members out for some Tuition. Another one is booked in.

Now there is no hard and fast rules about how you should be fishing but I do know some techniques and nuances that definitely put more fish in the net.

At the last count I have fished with 7 former Individual World Champions and in close proximity to another few. Being in the England Team saw me fish with the Likes of John Horsey, Jeremy Lucas and Iain Barr and I like to think that maybe at least some of their stardust rubbed off. 😊

I am not and never will be in their League but I have picked up a few things along the way.

With one Member who I took out and who already has a few years’ experience I picked up 5 different “Faults” in his first cast with the Washing Line Technique. They were Fishing faults not Casting faults.

A demonstration together with an explanation on why each individual correction of those “Faults” will result in more takes and more Trout and all became clear.

Of course you can and do gain experience as you go along and for some that is a big part of the why they go fishing. That’s fine.

However if you are just there for the fresh air and scenery you can get that FoC on a walk up Cheviot or along the Cliffs. No memberships required. 😊

But of course we want to catch a few fish and it cannot be a lot of fun if others around you are steadily catching and the dreaded blank is staring you in the face.

Now don’t get me wrong I am not touting for business. I don’t do teaching for a living and I already have more than enough bookings for most of this year already and other Instructors are easily found on Google.

However if we say an apprenticeship for say and Engineer takes 4 years then that will be at 5 days a week. So if you fish one day a week every week of the year then it will take about 20 years for a Fly Fishing Apprenticeship.

Even Tiger Woods had a Coach.

Fishing reports sent in from members:

Many thanks Darrel Young

Next week our club day is Sunday 23rd May and we look forward to welcoming Norham and Ladykirk for their first visit of the season.

The following week our club day is on Saturday 29th May when we will be hosting Livewire FFC.

As always, we extend a very warm welcome to the visiting clubs and hope for good weather and great fishing for them. 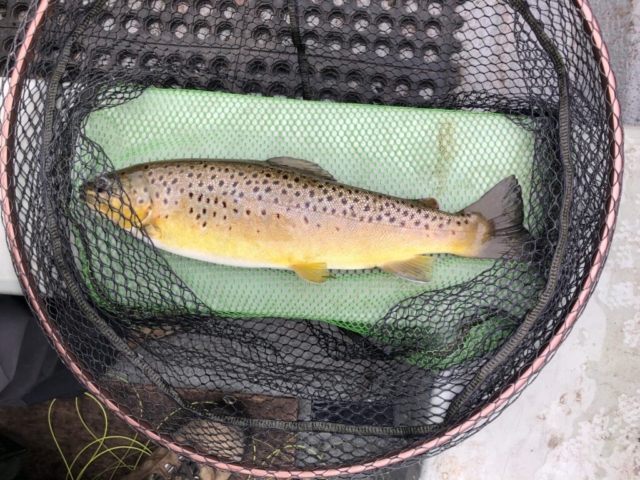 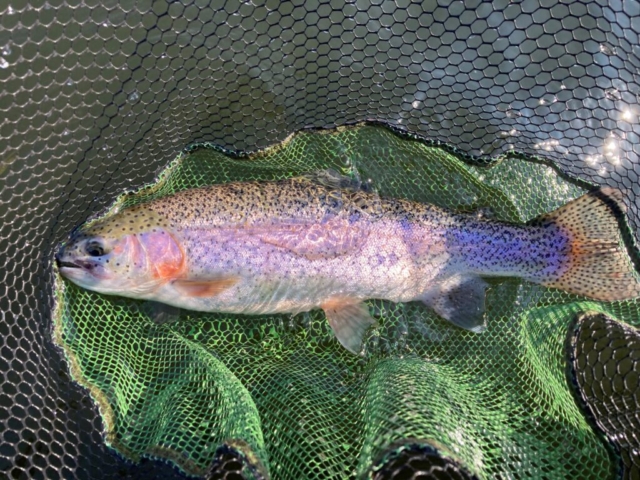 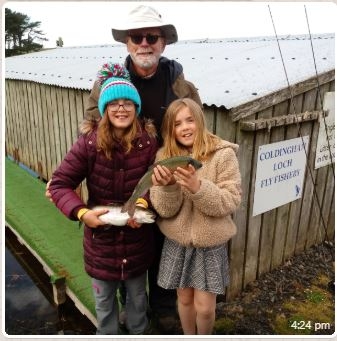 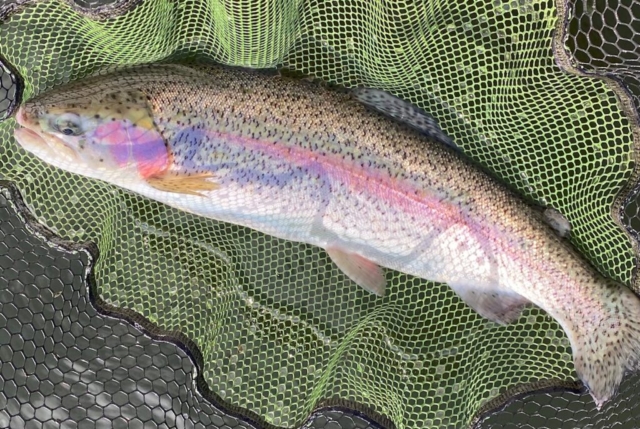 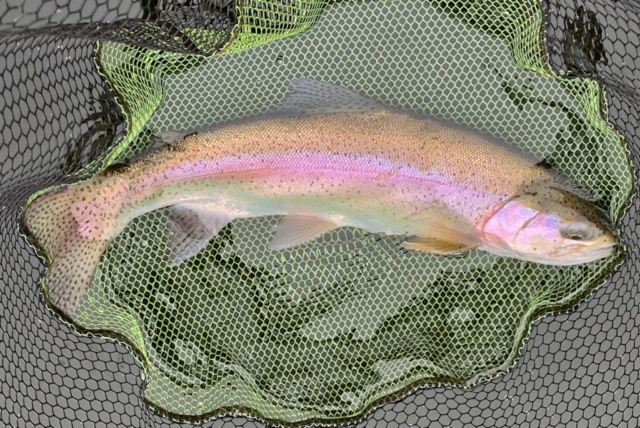