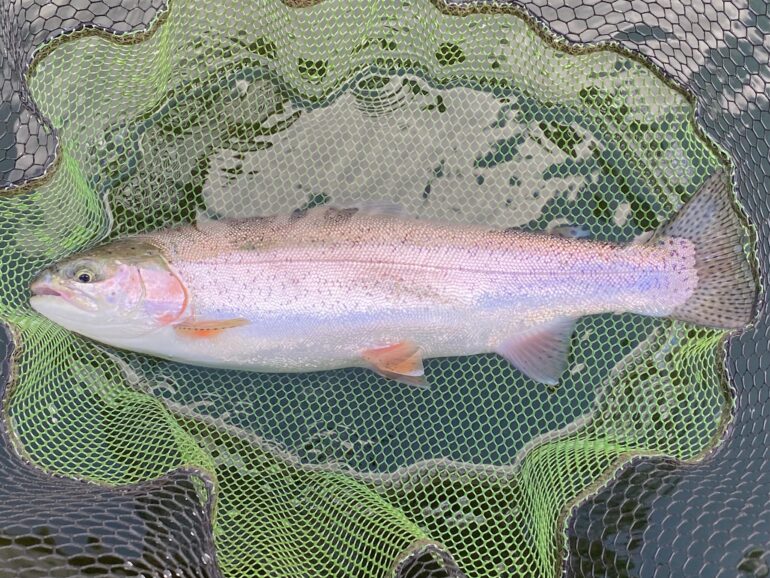 Back to its best. I think that’s the only way to describe the state of the loch at the moment. The water is now crystal clear and the fishing over the past fortnight has been extremely good for the majority of anglers.

Insect life has increased with the advent of the warmer weather and we even had a daddy in the house just the other day. Last Sunday we observed the first of the hawthorns around the loch and this has certainly sparked the fish in to a frenzy of activity on the surface. You may have seen that Les Lockey has presented the hawthorn as his fly to tie and try this month and if you have not already done so, it might be worth you taking a look at his method and having a go.

May and June normally provide some of the best dry fly fishing opportunities and so if you do enjoy this type of fishing it’s certainly worth a shot. The fish are in tremendous condition right now and there is a good range of fish being caught.

The best of the dries so far have been, black foam suspender buzzer, yellow owl, shipman’s buzzer, black foam beetle and of course, Hawthorn.

As an alternative to the dries, some people have also had very good success using a midge tip line fishing heavily hackled flies pulled through the water. This has been a very good method to revert to when the wind has strengthened and prevented the dries from fishing.

As we look out of the window today we can hardly see the loch due to a thick haar hanging over us. Such is the unpredictability of the weather. It was shorts and tee shirt on Friday and Saturday!!

4th May: Had a good day today five stunning rainbow trout on boat 10. Got my fish on blobs (2) and fabs (2) one fish on a black buzzer got snapped off with a large rainbow on a red buzzer my boat partner William Maltman had one on a red buzzer. A bit chilly first thing but a very enjoyable day. James McQuater

I fished 10am-3pm today, weather bright with light cloud, winds from SE grew stronger after 11am. took 5 fish in the morning from the west bank on a size 14 Bibio dry fly. After wind freshened I moved to the south shore and took another 8 fish on a size 14 black ‘Top Hat’ suspender buzzer, and missed many more. Great fishing! All fish were rainbows and safely returned. Colin Macaulay

8th May – 13th May 2022, Les Lockey fishing report from a weeks stay (photos in gallery at the end of the report)

The week was dry with sunny periods, but with an ever present, stiff and sometimes cool wind blowing down from the north end of the loch. This often restricted the boats to the comparative shelter of Boathouse Bay, which in truth, was no bad thing as the bay appeared to be holding a large number of fish, although on those days when the wind eased, there were plenty of rising fish in the narrows too.

At the start of the week, although there was little fly life to be seen on the water, fish were rising and obviously taking something just below the surface. My response was to fish a floater with two short shank foam beetles, with a size 10 on the point and a 12 on the dropper, and the results were nothing short of spectacular, and when takes dropped off, a black suspender buzzer on the point and a grey boy buzzer on the dropper brought a few more fish to the net.

Later in the week the rises became more splashy affairs suggesting a different food item was now on the menu and sure enough, the Hawthorn flies that had been evident around the sheltered vegetation, were now being blown onto the water and the fish were taking full advantage. A detached foam bodied parachute hawthorn imitation on the point, and a Summer Bibio on the dropper, brought instant results to both flies and produced two of the best dry fly fishing days anyone could wish for.

It is worth noting that the fish are in tip top condition and fighting well above their weight. On two occasions I was taken round the boat twice with fish that were estimated at no more than 2.5lb., so it pays to check your knots and perhaps even consider increasing the strength of your leader in case you hook into something bigger.    Les Lockey 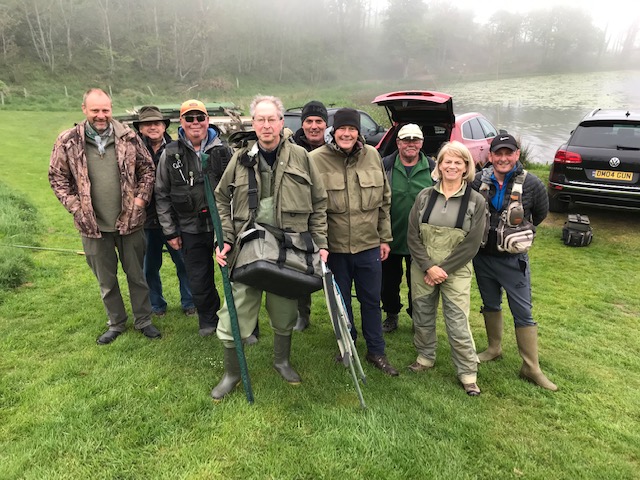 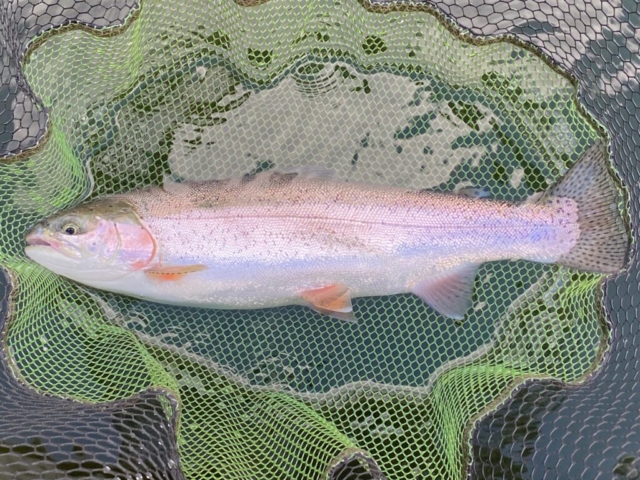 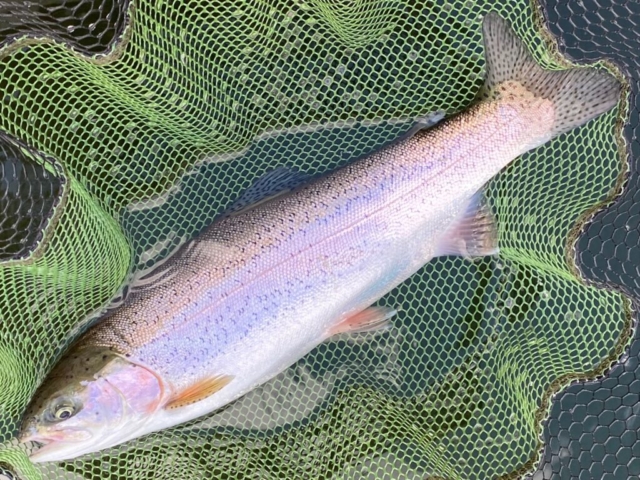 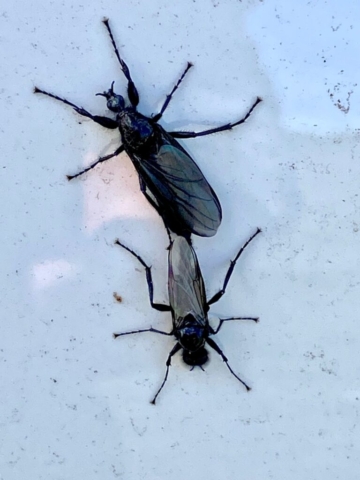 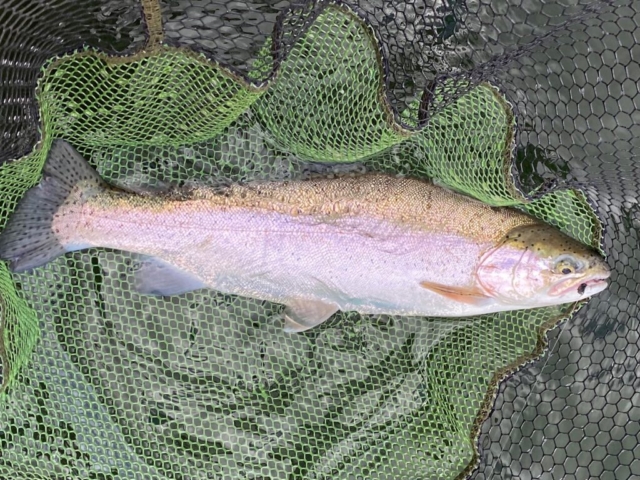