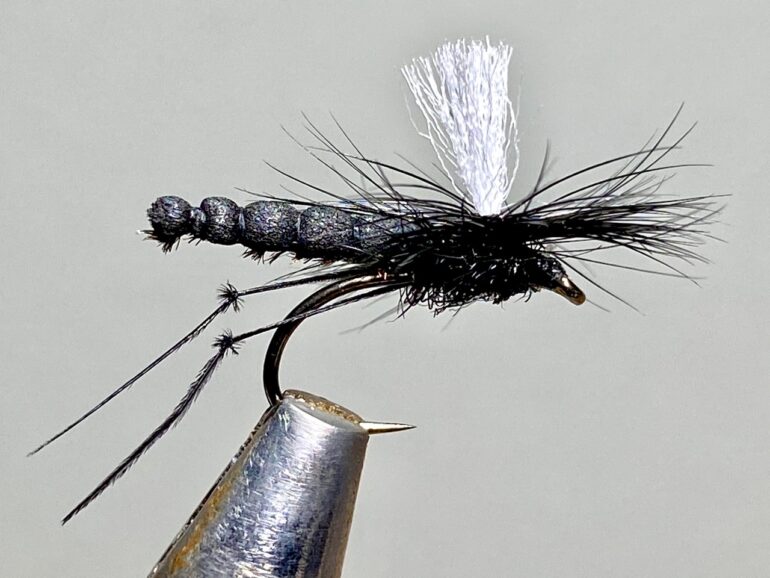 Fly of the Month – May

Photo 1. For the detached body, start by securing a fine sewing needle in the vice.  Now wax a 3 inch tag end of thread and wind on 3 or 4 turns of thread as close to the needle point as possible. Do not cut off the thread tag as this will be used later to tighten the construct and also to help secure the body to the hook. Pinch off one end of the foam cylinder.

Photo 2. Impale the pinched end of the cylinder onto the point of the needle and secure it in place with 2 or 3 overlapping turns of thread.

At the same point, but under the needle, tie in 2 strands of peacock herl using no more than 2 more turns of thread. This forms the first segment of the body.

Photo 3. To form the next body segment, lift up the foam, peacock herl and thread tag and wind on 2 or 3 open turns of thread moving down the needle for about 2mm. then ensuring the herl is under the foam, secure all the materials onto the needle with 2 more thread turns.

Photo 4. Repeat this process, increasing the size of the segments as you move down the needle until 5 or 6 segments have been completed, then whip finish, and leaving thread and herl tags of about 4cm. in length, cut off the excess. Gently but firmly push the foam body off the needle. Tighten the construct by holding the body while gently pulling both tag ends of thread and set aside for later.

Photo 5. To tie the fly, remove the needle from the vice and clamp in the hook. Run on a bed of thread from the eye to opposite the hook point and remove the waste thread. Tie in the 2 knotted pheasant tail legs, one on either side of the shank. Bind down the fibre ends and remove the excess, leaving the thread at the mid-point.

Photo 6.  Tie in centrally a length of Aero Dry Wing on top of the shank, and while gently pulling both ends upwards, take a couple of horizontal locking thread turns around its base, immediately above the hook shank.

Photo 7.  Strip away the fluffy fibres from the bottom of the saddle hackle and trim the bare stem to about 3-4 mm in length. Using well waxed thread, tie in the hackle stem at the base of the wing post leaving about 2 mm of bare stem above the shank. Carefully wind the thread around both the base of the wing post and the bare hackle stem, ensuring each subsequent thread turn winds upwards until the bare hackle stem is covered, then return the thread back down the post to the shank and leave at the rear of the wing post. This is called “posting the hackle” which basically creates a support so the parachute hackle can be wound horizontally down the post.

Photo 9. Dub a pinch of seal’s fur onto the thread and wind the dubbing over the cut foam and in front of the wing post to form the thorax.

Photo 10. Carefully wind the hackle horizontally down the support post, ensuring each turn is wound directly beneath the previous turn, then carefully secure the hackle at the eye with a few tight thread wraps. 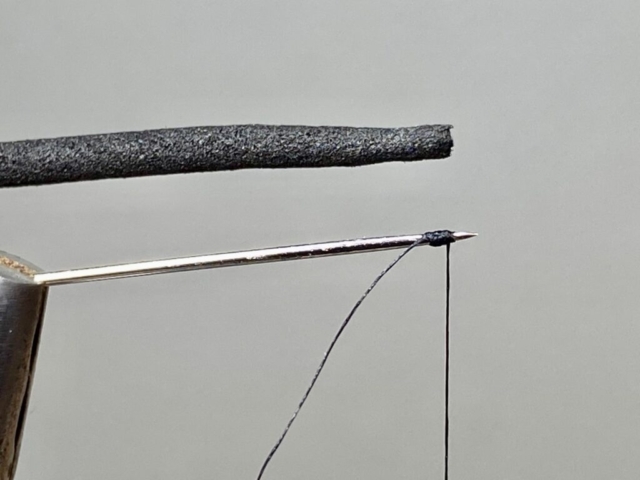 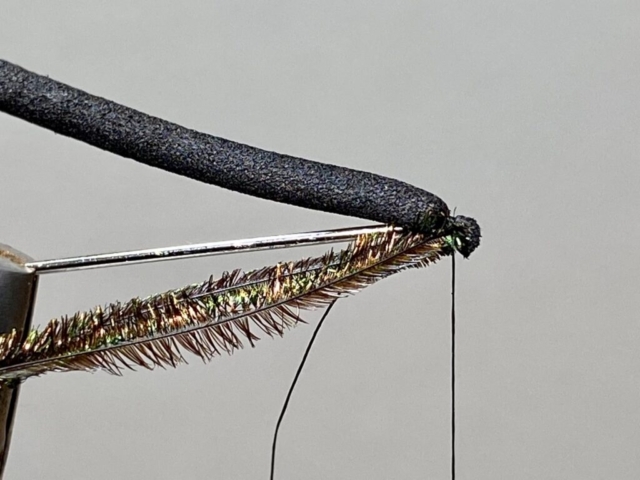 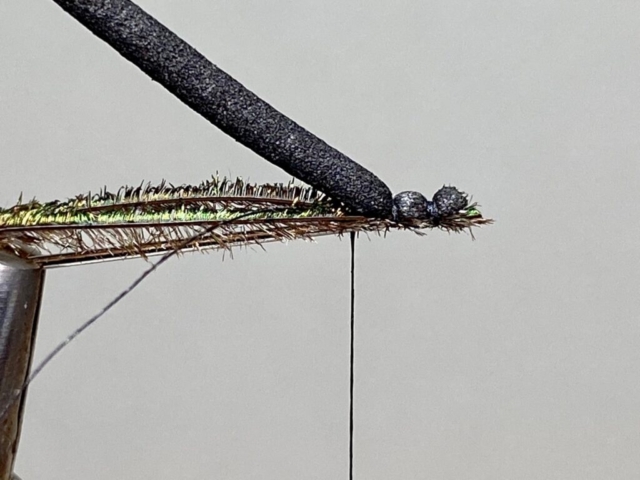 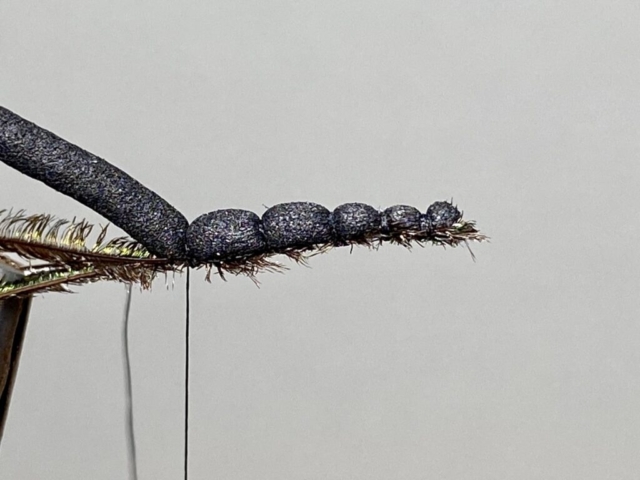 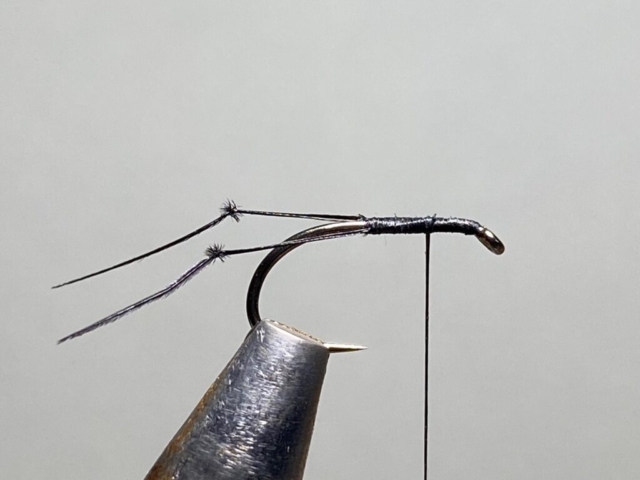 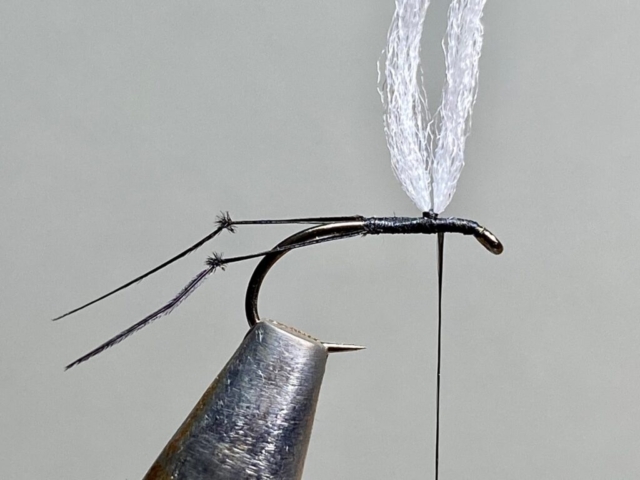 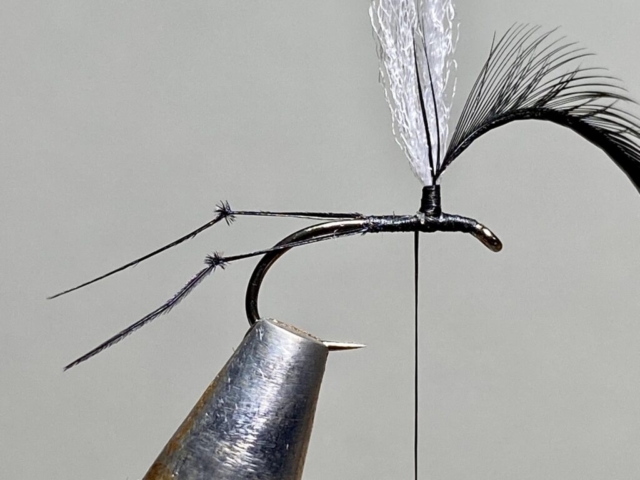 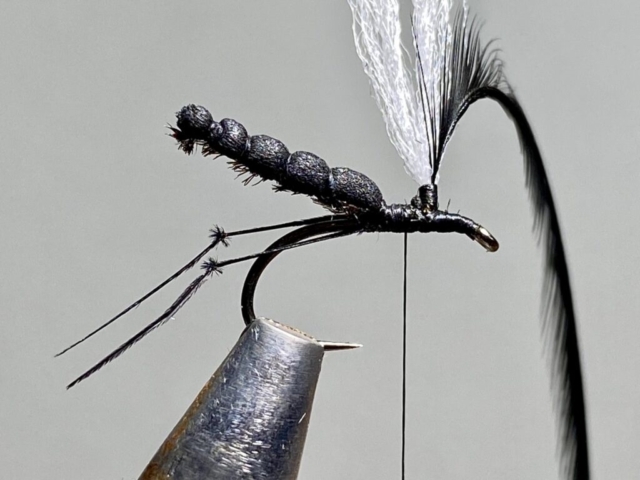 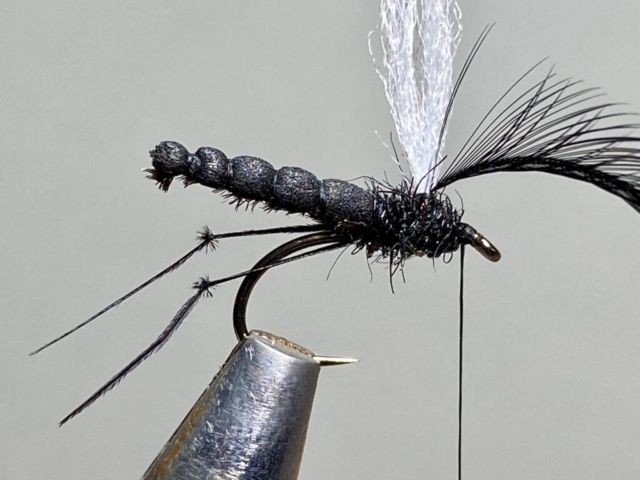 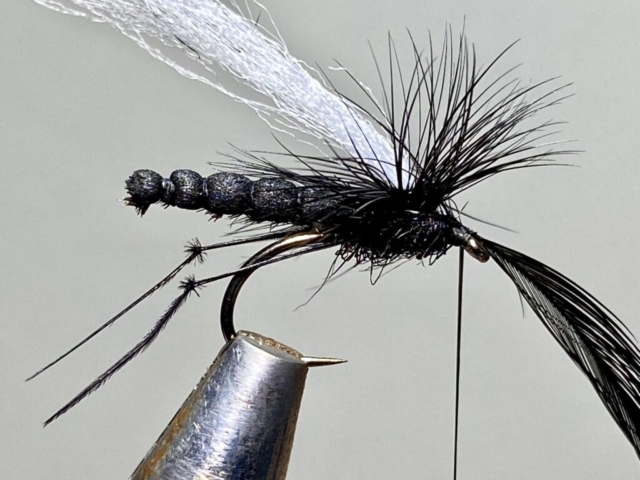 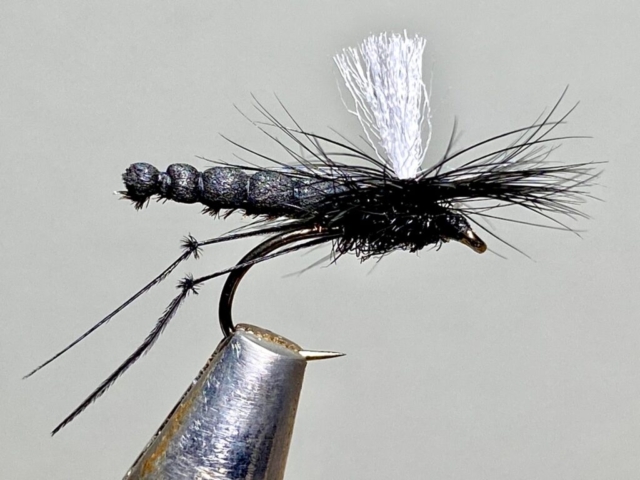