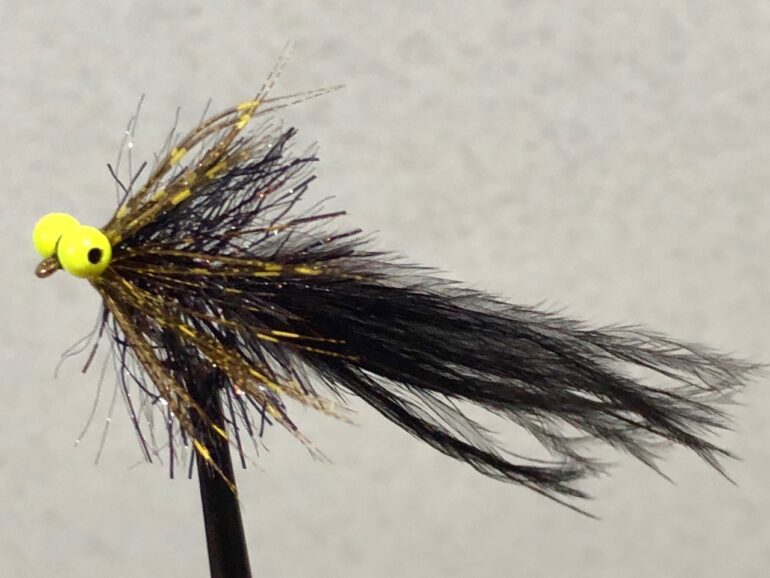 November A Fly to Tie and Try by Les Lockey

Apologies for the lateness of this our last of the series from Les Lockey on a Fly to Tie and Try this month. A big thanks to Les for all his hard work in putting these blogs together for our readers. We are sure they have been useful for many of you out there and hope you have enjoyed having a go at tying them.

Fly of the Month – November

Photo 1. Secure the hook in the vice and wind on a short bed of thread behind the eye. Remove the waste thread and return the thread to just before the eye.

Photo 2. Secure a pair of bead chain eyes squarely on top of the shank using tight figure of eight thread wraps and run the thread in touching turns down to the barb. Fix the eyes securely in place with a drop of superglue over the thread wraps.

Photo 3. Take a long, but not too thick bunch of marabou fibres, strip away the fluffy fibres from the base to expose the fine stems and tie them in. Bind down the basal ends with thread to form a slim underbody and return the thread to the barb.

Photo 4. Tie in a length of Krystal Hackle and bind down any stray fibres as you bring the thread up the shank to a point just short of the bead chain eyes.

Photo 5. Wind the Krystal Hackle along the shank in touching turns to just before the bead chain eyes and secure it with several turns of thread. Cut off any excess Krystal Hackle and tidy the area with thread, ready for the guinea fowl hackle.

Photo 6. Take hold of a medium – sized guinea fowl hackle by its tip and stroke all the remaining fibres backwards. With the good side of the hackle facing you, tie in the feather tip securely behind the bead chain eyes and remove any excess tip.

Photo 7. Wind on two or three turns of hackle, stroking back the fibres after each turn. Secure with thread as close to the eyes as possible and cut off the excess hackle. Bring the thread in front of the eyes, whip finish, remove the thread and varnish the head to complete the fly. 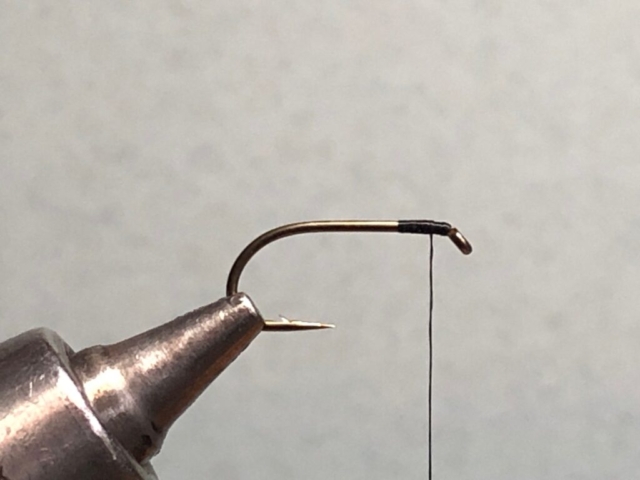 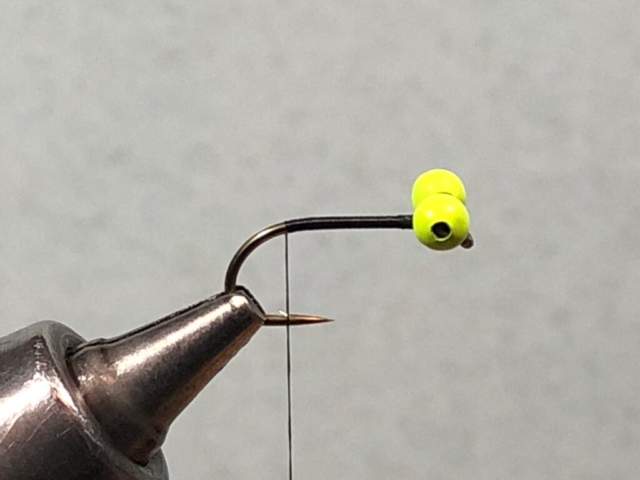 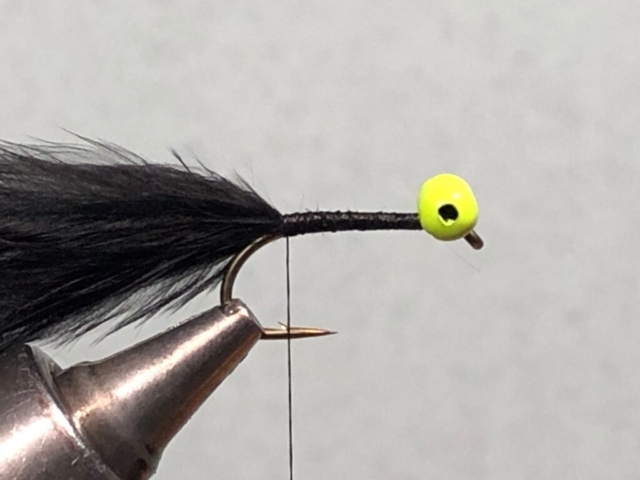 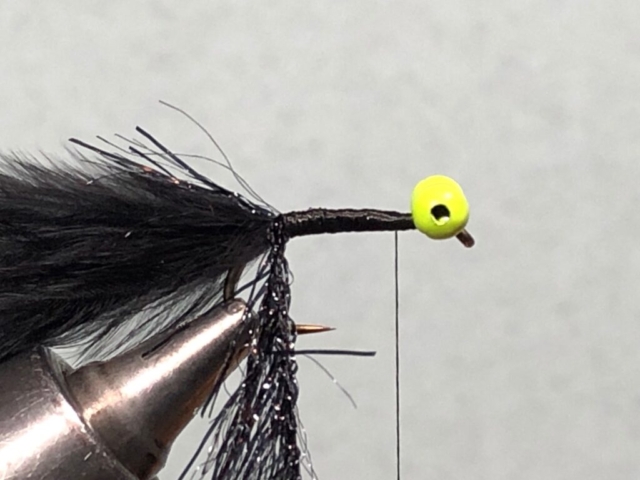 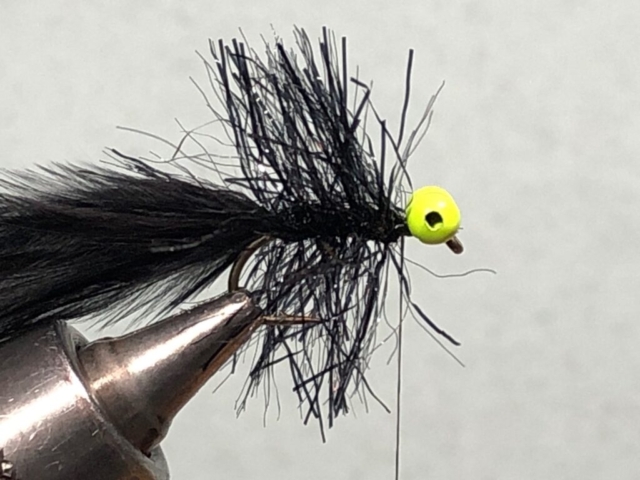 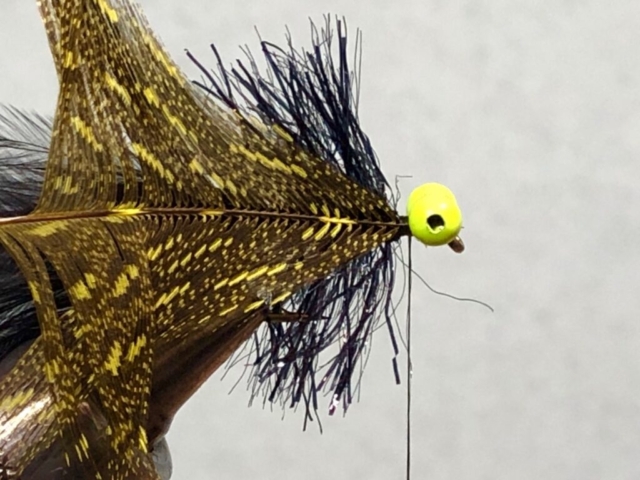 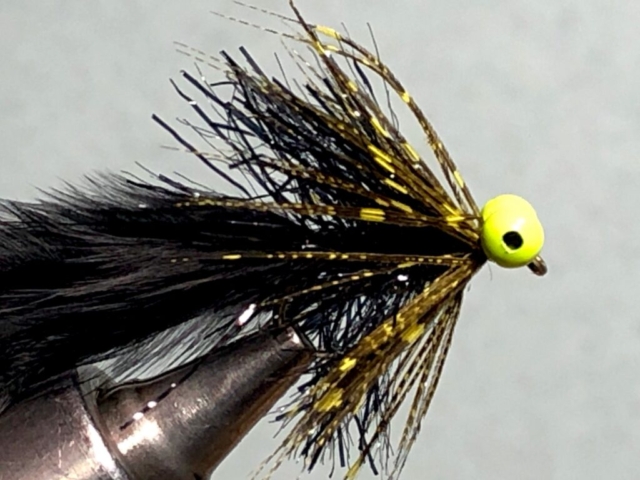 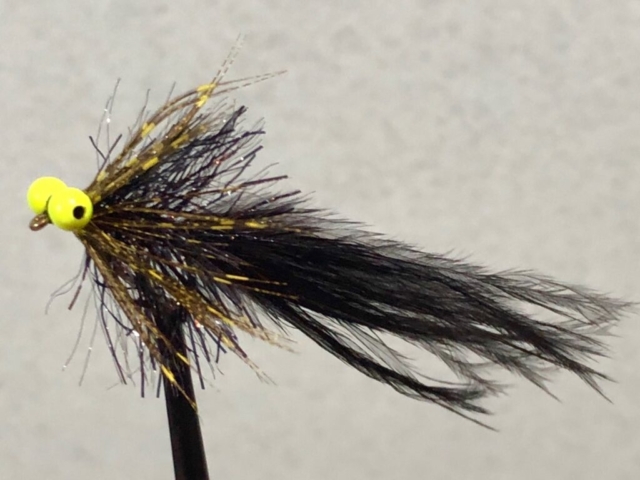