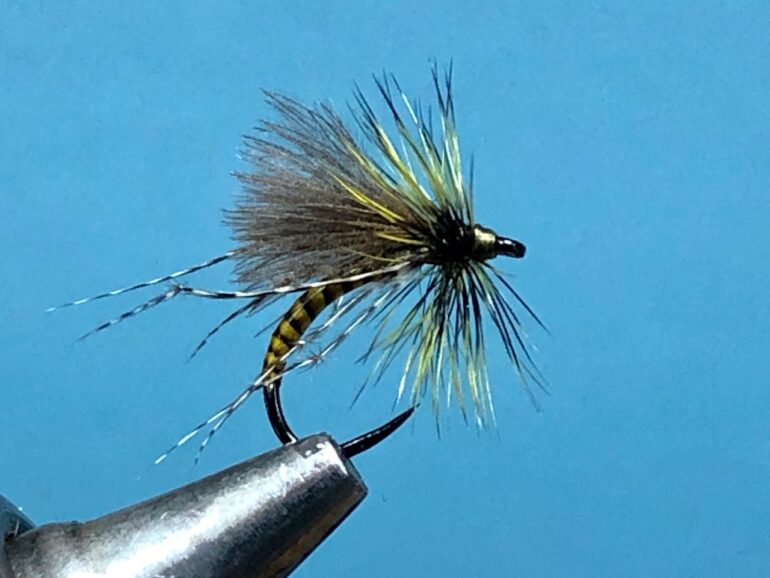 Photo 1. With the hook secure in the vice, wind on a bed of thread to part way round the hook bend and remove the waste thread.

Photo 2. Tie in the narrow end of a stripped peacock eye quill and in touching turns, bind down the waste end with thread to form a smooth underbody.

Photo 3. Carefully wind the quill in touching turns to the thorax, secure with thread and remove the excess quill. Spread a small drop of UV resin over the entire quill body and cure with a UV torch.

Photo 4. Tie in 3 knotted bronze mallard fibre legs either side of the hook shank and slightly past the hook bend, then remove the excess fibres.

Photo 5. Align the tips of 2 or 3 small CDC feathers and tie them in on top of the shank with the tips pointing rearwards. Remove the excess feather stalks and bind them down with a few thread wraps. The wing length should be slightly more than half the length of the abdomen.

Photo 6. Tie in a short fibred cock hackle by its stalk in front of the wing.

Photo 7. Make 2 turns of hackle in front of the wing and secure with thread. Remove the excess hackle, tidy the head, whip finish, and remove the thread. Varnish the head to complete the fly. 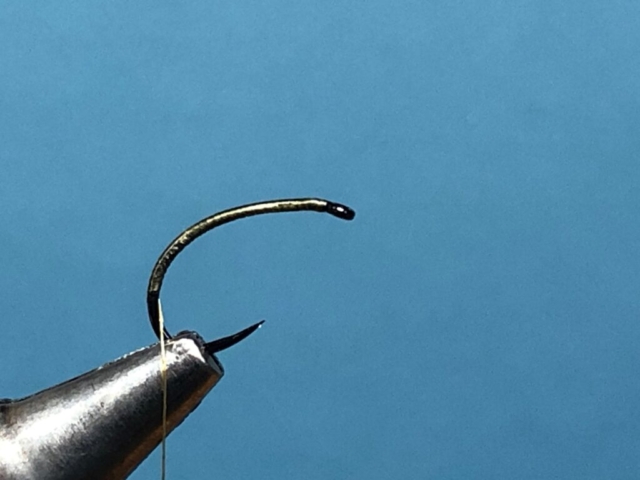 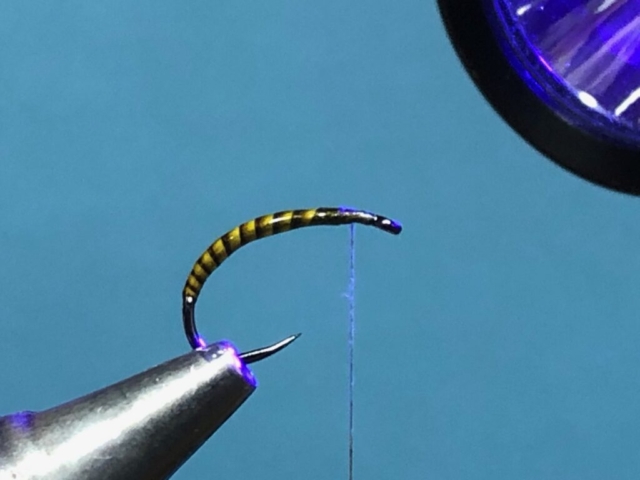 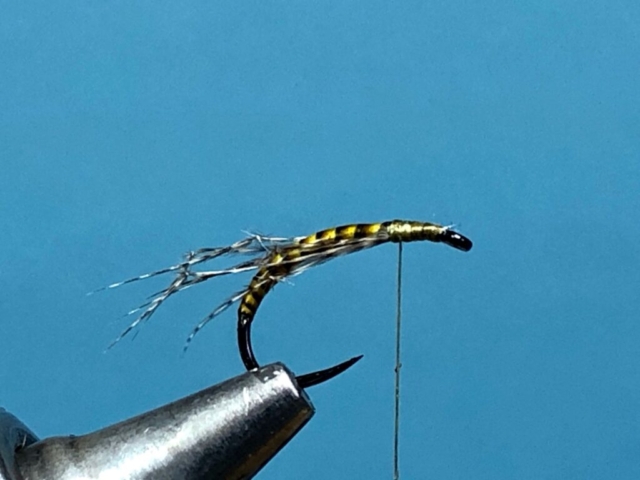 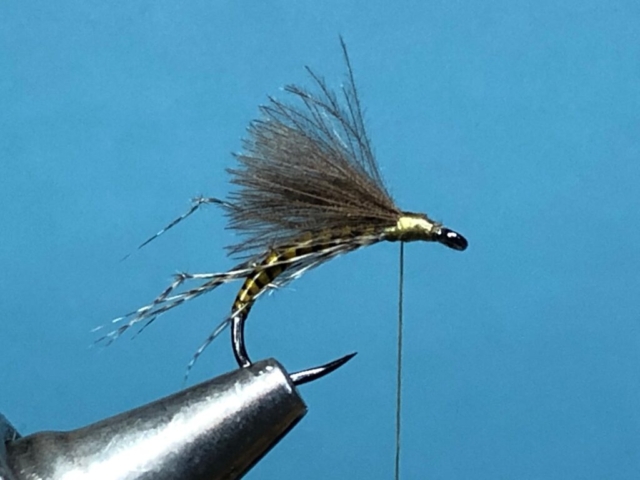 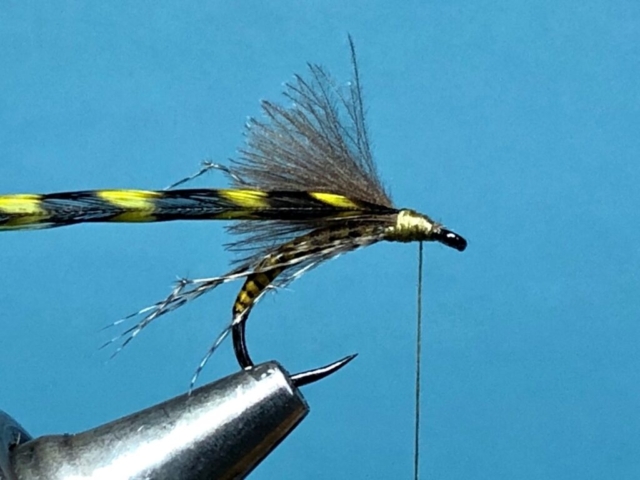 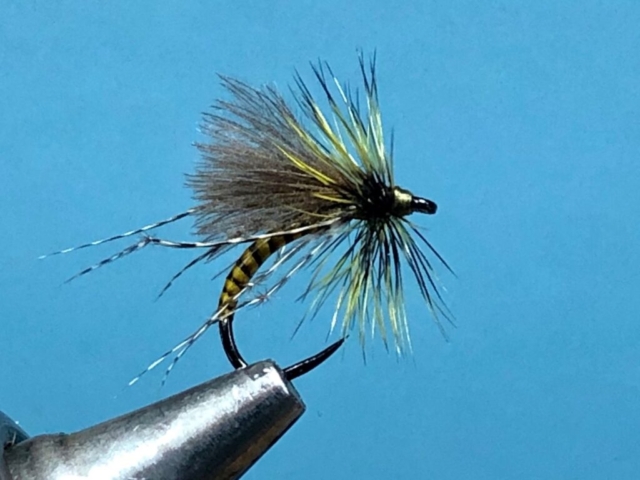