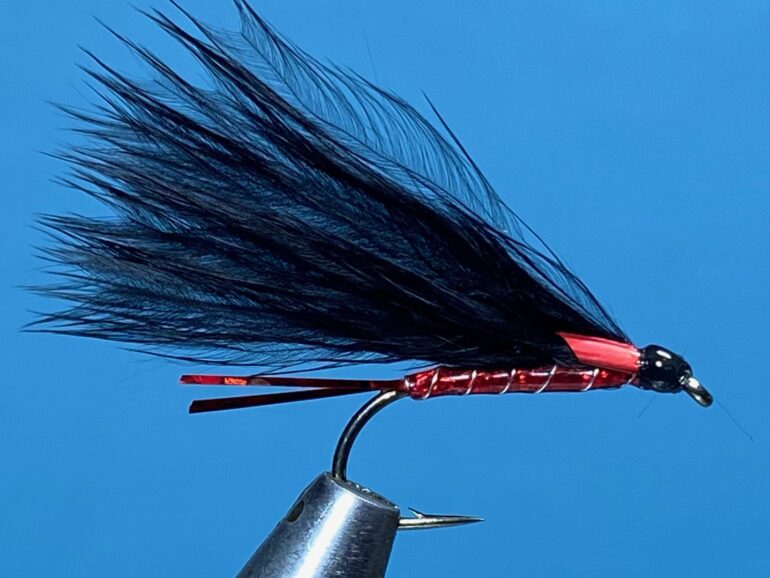 October A Fly to Tie and Try by Les Lockey

Photo 1. Starting at the eye, wind the thread in touching turns to the barb and remove the excess thread.

Photo 2. Tie in a few strands of Flashabou for the tail and trim the waste ends to the length of the body. Follow this by tying in the silver rib, again leaving the waste end the same length as the body.

Photo 3. Bind down the waste ends with close turns of thread to form a smooth underbody.

Photo 4. Tie in a length of red holographic tinsel and in slightly overlapping turns, wind it down shank to the tail and back to the tie in point. Secure with thread and remove the excess tinsel.

Photo 5. Take one turn of silver wire around the base of the tail and the bottom end of the body, then continue to wind the wire rib in open spirals up the body. Secure with thread and worry off the excess wire.

Photo 6. Taking care to avoid the tail, carefully coat the body with UV resin and cure with a UV torch

Photo 7. Take a small bunch of marabou fibres and strip away the fluffy fibres from the base to expose the fine stems, then tie them in and remove any waste fibres. Tidy the area with a few turns of thread.

Photo 8. Trim a pair of goose biots to length and shape and tie them in so one sits either side of the marabou wing, then trim off the waste biots.

Photo 9. Form a neat head, whip finish and remove the thread. Varnish the head to complete the fly. 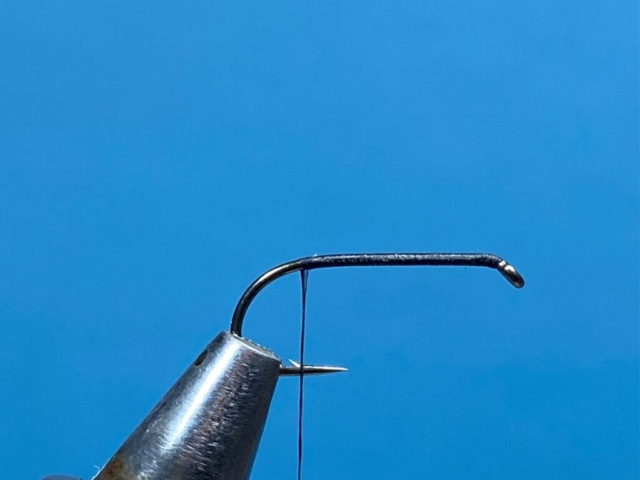 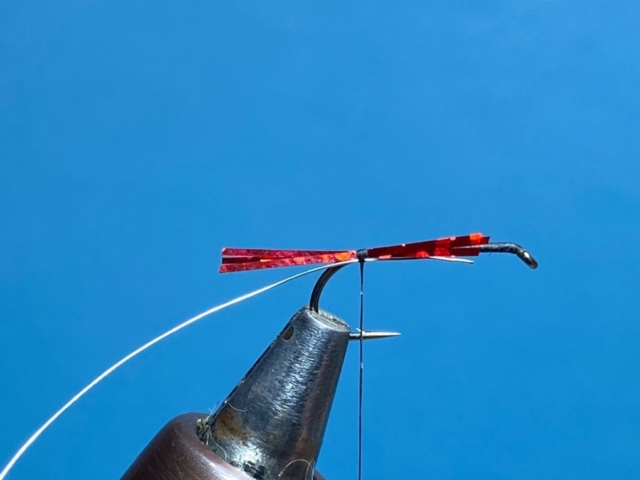 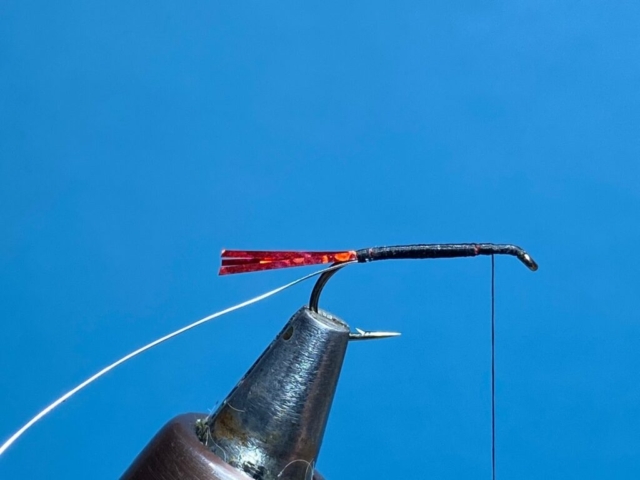 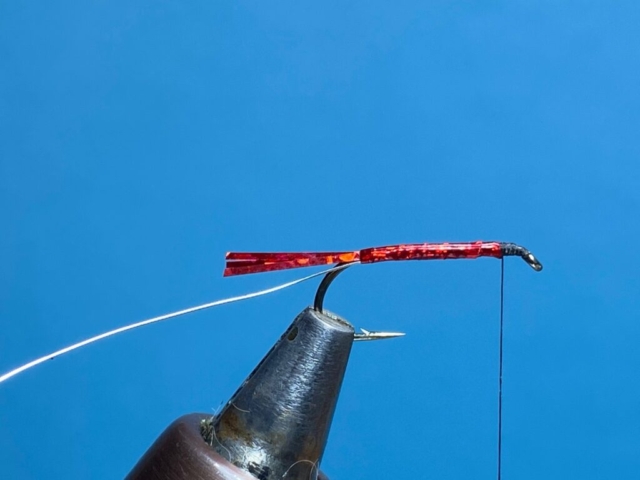 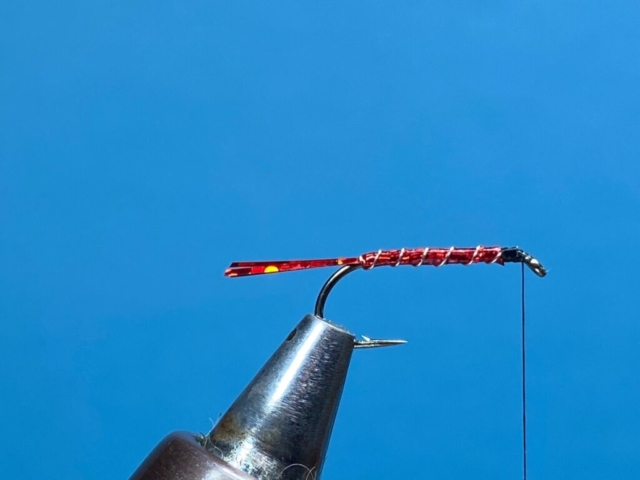 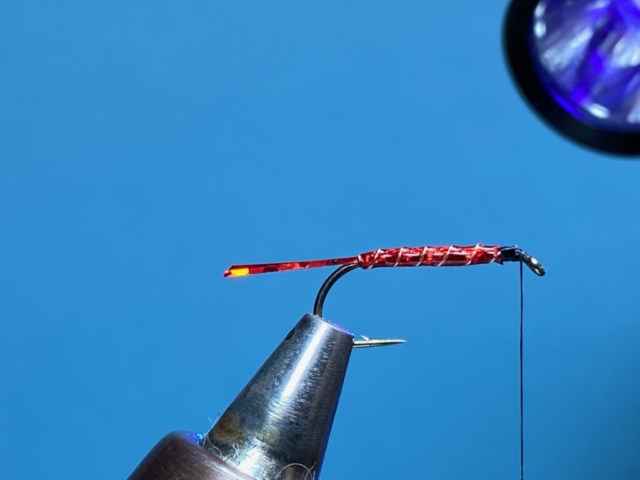 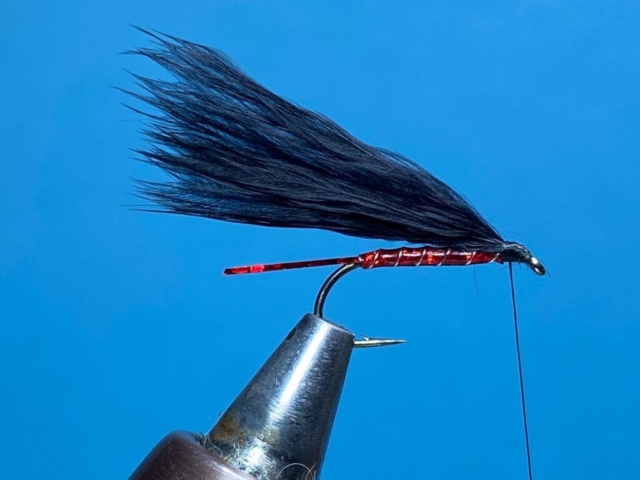 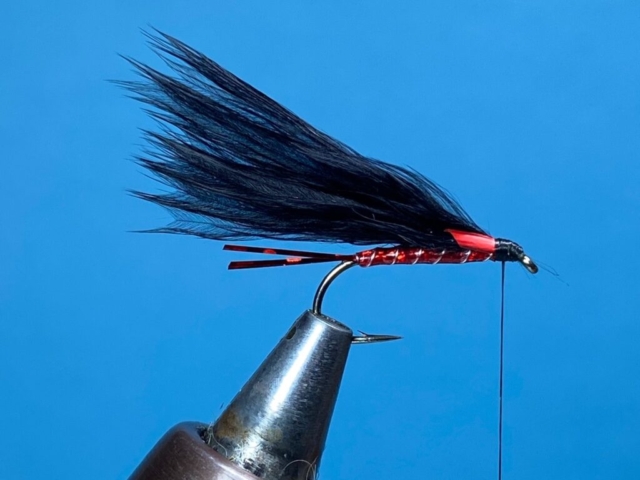 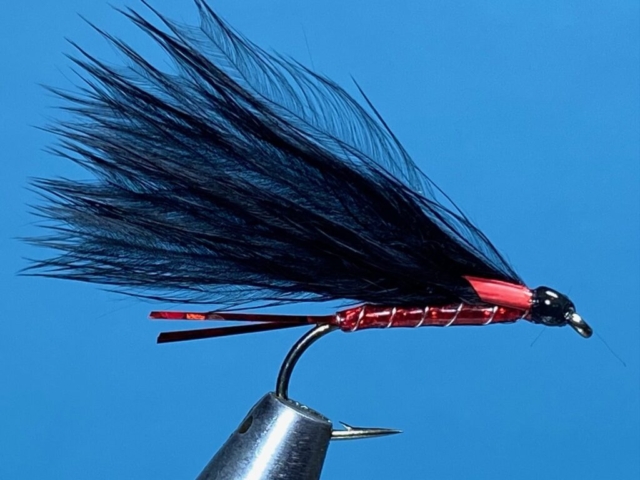